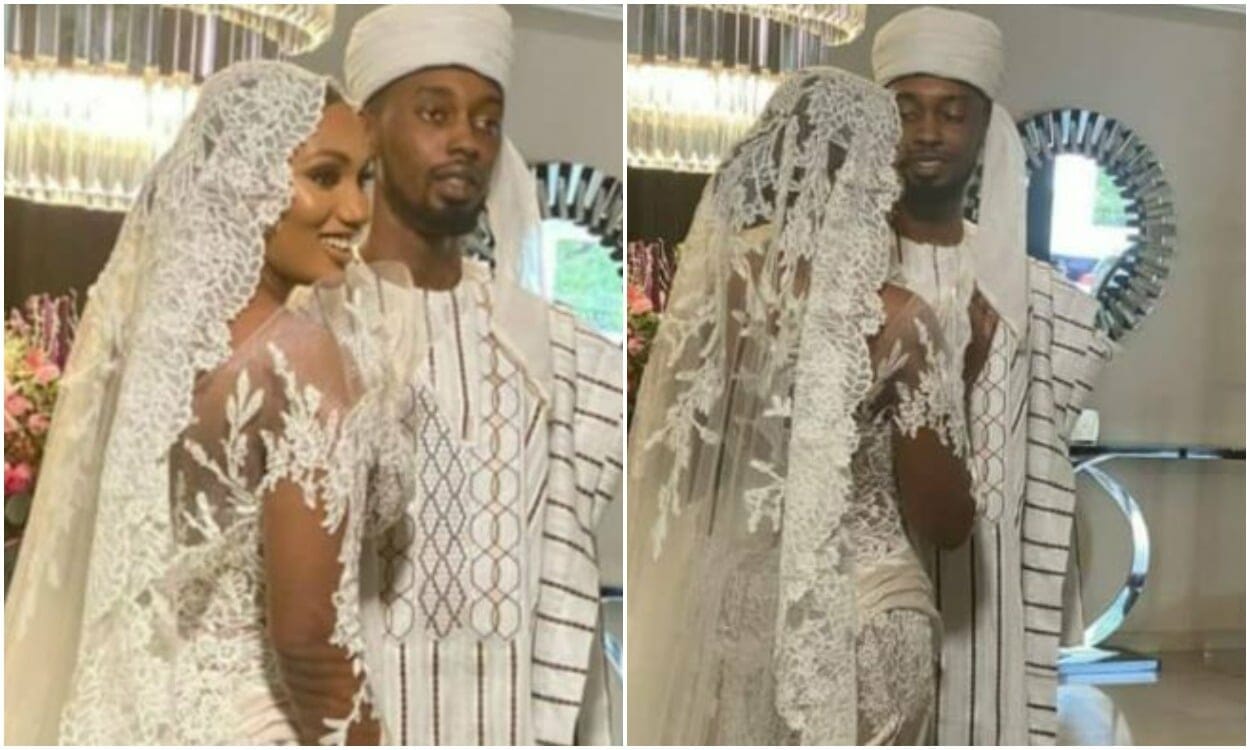 The daughter of former EFCC chairman, Nuhu Ribadu, Fatima has tied the knot with her heartthrob, son of ex-vice president Atiku Abubakar, Aliyu in grand style with the attendance of prominent political guests ranging from Asiwaju Bola Tinubu, Governor Nasir El-Rufai, Governor Abdullahi Ganduje, Governor Aminu Tambuwal and many others.

The wedding which is currently holding at Asokoro, Abuja came despite the perceived political differences between the two prominent persons from Adamawa state.

See more of the photos below;