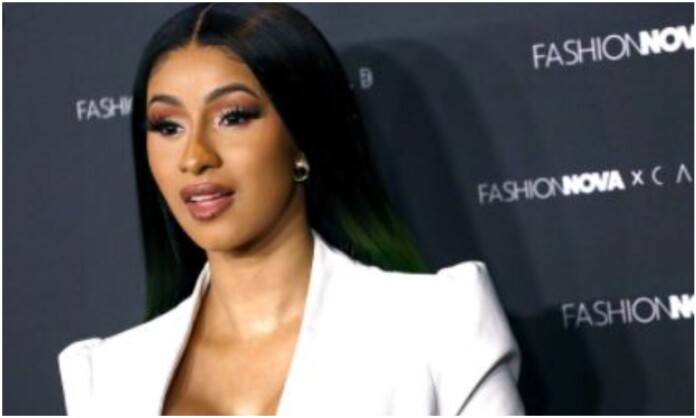 American rapper, Cardi B has accidentally leaked her nude on her Instagram page. However, she took it down minutes later after she realized her mistake.

Unfortunately, many of her fans had seen it and saved the photos on their phone.

She later took to her Twitter page where she explained to her fans about the mistake via voice note.

Cardi B also debunked the rumours that she was going to sue someone over the leaked photos insisting that it was her error.