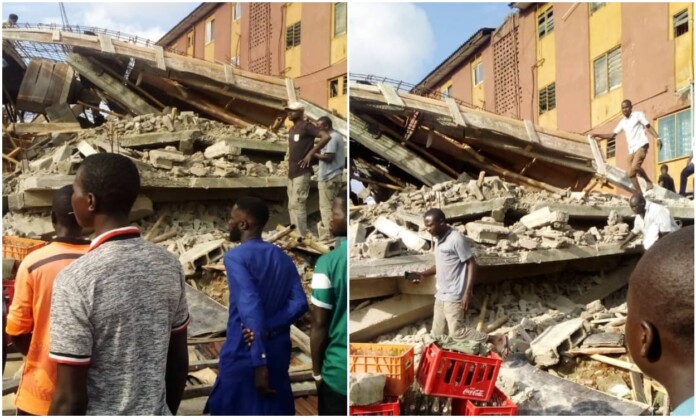 One person has been confirmed dead and many trapped as building collapsed in Keffi market road of Obalende area in Nigeria’s commercial capital, Lagos on Sunday, 11 2020.

Kemi Filani News gathered that an unknown number of people are still trapped under the rubbles of the building. According to a close resident who craved anonymity, the collapsed building was a two-storey building which had both residential apartments and shops.

A little baby was rescued from the debris and rushed to the hospital.

The cause of the collapse is yet to be ascertained.