Horrifying videos from the shootings and Killings at Mushin area of Lagos has surfaced on the internet. In the videos some policemen...
Read more
Home politics Awolowo wanted Nigeria to be one – Daughter speaks on Oduduwa Republic
Facebook
Twitter
Pinterest
WhatsApp 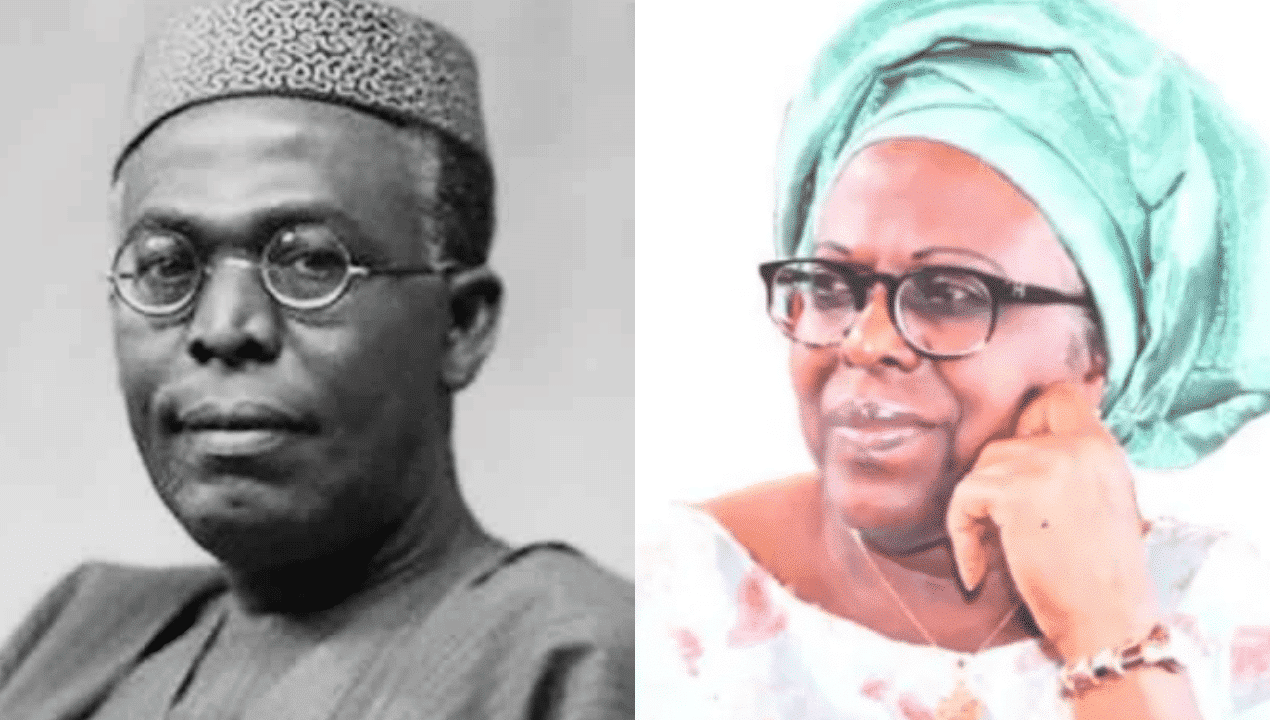 Late sage, Obafemi Awolowo’s daughter, Dr Olatokunbo Awolowo-Dosumu, has opeed up that her father always wanted Nigeria to be one.

Awolowo-Dosumu, in an interview with The Punch, while reacting to those calling for Oduduwa Republic said her father was a firm believer of Nigeria, as long as it was structured in an equitable and fair manner to all the nations.

She said Awolowo wanted a truly federal union, as he was totally convinced about that and had been a federalist.

“He believed that Nigeria was destined for great things if we got the structure and governance right. What has happened since he passed away has made it even clearer the dangers inherent in running a multi-ethnic, almost multinational country called Nigeria with a unitary constitution.

“It has made it clear. The irritations have increased and the voices for self-determination have become so shrill. I personally don’t think we have exhausted the dialogue route; I believe there is still room because I can hear sound bites from all over the country.”

Awolowo-Dosumu added that from the six geopolitical zones, there were voices that were calling for caution regarding the governance structures and the governance of Nigeria.

“I think that those voices need to be listened to and they need to come out more. Federalism simply means devolution of powers and resource control. These were the things they had in the First Republic.

“That was why it worked for all regions because it became a kind of competition and in that process, the people were the beneficiaries. That is really what you would want from a government. I think that if we can go that route, it will be a lot better,” she said.

Awolowo-Dosumu said she and every Nigerian should be concerned and disappointed about the way the nation was being run.

“We need to see a lot more selfless service. I feel very concerned about that and I hope that, going forward, as more voices are raised about this issue, the political elite will listen. Papa would have been disappointed with the lack of selflessness displayed by politicians because his kind of leadership was based on selfless service all the way.

“He gave everything he had to Nigeria and to the people. He was consumed by the passion to see this country thrive and he didn’t ask for anything for himself. Rather, he spent his talent and resources,” she said.