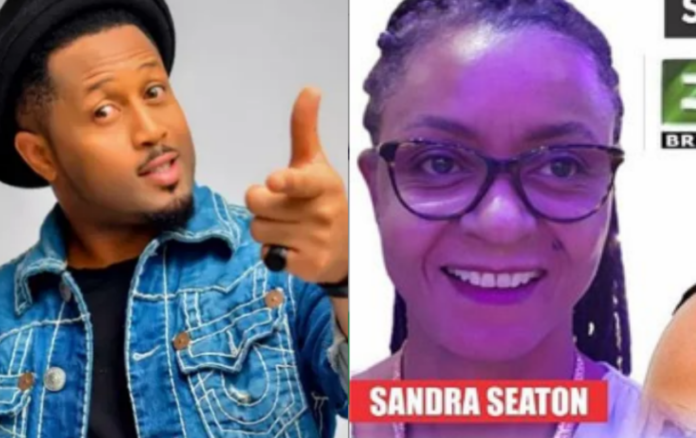 Popular Nigerian actor, Mike Ezuruonye in a face off with Sandra Seaton, one of the multiple ladies who have accused him of internet scam has sworn an oath, insisting he is innocent.

According to Mike, “Let him die if he has ever met with the woman.

Sandra Seaton had earlier taken to Instagram to accuse him of scamming her to the tune of seven thousand dollars.

Claiming she has his nude pictures and videos, the other accusers claimed they once met abroad.

In a face off organised by The Charming Magazine, Mike Ezuruonye denied the said accusation.

READ
"I'll beat you blue black" - Funke Akindele tells her husband as they 'fight' over this... | Video
SOURCE: