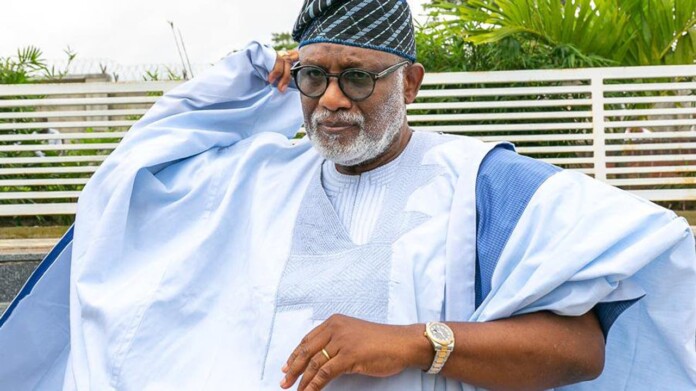 While expressing satisfaction with the outcome of Saturday’s governorship poll in Akure, Governor Rotimi Akeredolu of Ondo State is shocked to have lost the three local government areas in the state capital – Akure South, Akure North and Ifedore.

Kemi Filani News recalls that Akeredolu of the All Progressives Congress won in 15 out of the 18 local government councils of the state after polling 292,830 votes to defeat the candidate of the Peoples Democratic Party, Mr Eyitayo Jegede, who scored 195,791 votes, and Mr Agboola Ajayi of the Zenith Labour Party, who recorded 69,127 votes.

Speaking with Channels TV on Monday, Governor Akeredolu lamented saying “I’m shocked at what happened in Akure, because I take Akure South, Akure North and Ifedore as one Akure. So, I’m shocked at the development there. But I’ll put that behind me. I’ll move forward.

“I thought I would win in Akure, because I worked in those three local governments, where the people turned against us. But it’s alright by me. We’ll forget it.”

He also expressed confidence in the ability of his deputy governor-elect, Mr Lucky Ayedatiwa, saying he would be loyal.

“But what I’ll say is that matters like this do repeat themselves, but it cannot come from the deputy who I’ve chosen now. I have a lot of confidence in him. I don’t see him behaving like the former one,” the governor said.