Video of where all Lagos State COVID 19 palliatives were hidden has been discovered by residents of the state.
Read more
Home Entertainment Actor Sunkanmi Omobolanle under fire for celebrating alleged fraudster, Hushpuppi on his...
Facebook
Twitter
Pinterest
WhatsApp 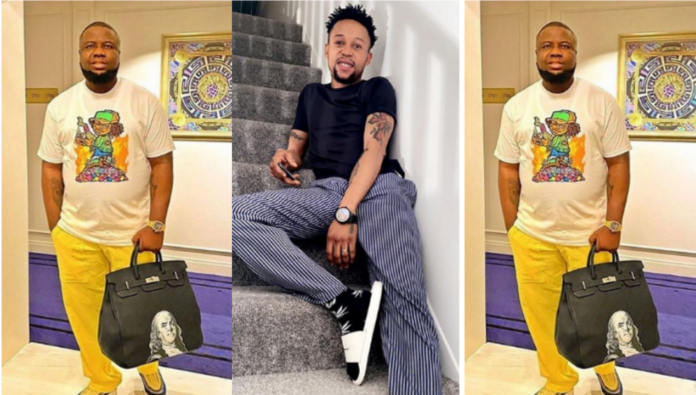 Yoruba actor, Sunkanmi Omobolanle has been attacked mercilessly by Nigerians for cellebrating alleged internet fraudster, Hushpuppi on his birthday.

Hushpuppi who turned a year older yesterday was celebrated on social media by some celebrities. Sunkanmi was one of them, but he got quite some “e-punches” for his action.

A follower reacting to the actor’s post asked him to have a little bit of shame as he shouldn’t have publicly shown affection to Hushpuppi after all the crimes he has allegedly committed.

But the actor replied  asking why he should have shame for posting someone on his birthday as he’s also human and no one is God to judge anyone.

A post shared by Senator Olasunkanmi Omobolanle (@sunkanmi_omobolanle) on Oct 11, 2020 at 9:30am PDT

See their exchange below: