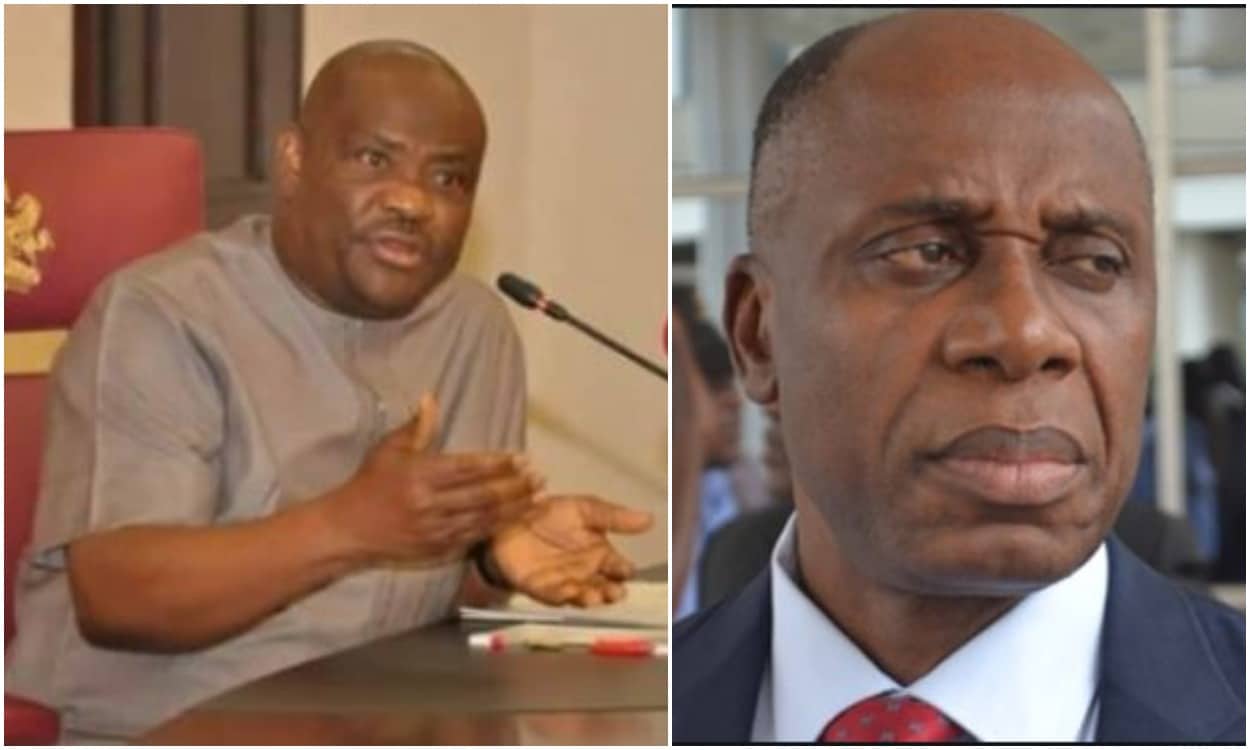 The Governor of Rivers, Nyesom Wike was in a fracas of words with his predecessor Rotimi Amaechi on Saturday at the funeral of a former justice of the Supreme Court Adolphus Karibi-Whyte.

While making a speech at the funeral, Minister of transportation Amaechi asserted the state was back to times of insecurity and political intimidation.

He went further to criticise the appointment of a former militant Ateke Tom as traditional head of Okochiri town in Okrika LGA.
“You have lost your voice. The sage (the late justice) has gone under and nobody is speaking. When I was governor, I gave people voices, but they have blocked those voices,” Amaechi said.
“Everyone is scared. We are going back to when Ateke held sway. We are going back to the period where we run away from our people. We are back to a period when nobody could speak. But from next year, I will begin to speak, if nobody wants to speak.

“We are all here because we need to bury a man God has blessed. I have stopped travelling because of bad weather, but I told myself I must be here because of Justice Whyte.
“If you knew Justice (Karibi-Whyte) very well, you will know I was close to him. I was one of the few people he mentored.”
Wike, who was represented by his chief of staff Emeka Woke, described Amaechi’s statement as “embarrassing”.
“It is unfortunate for Amaechi to come to Kalabari land and accuse former President Goodluck Jonathan of not developing the area six years after he had left office.
“I wonder why the former governor will choose to make such embarrassing remarks at the funeral of late Justice Karibi-Whyte, a man he (Amaechi) claimed to be his mentor,” he said.