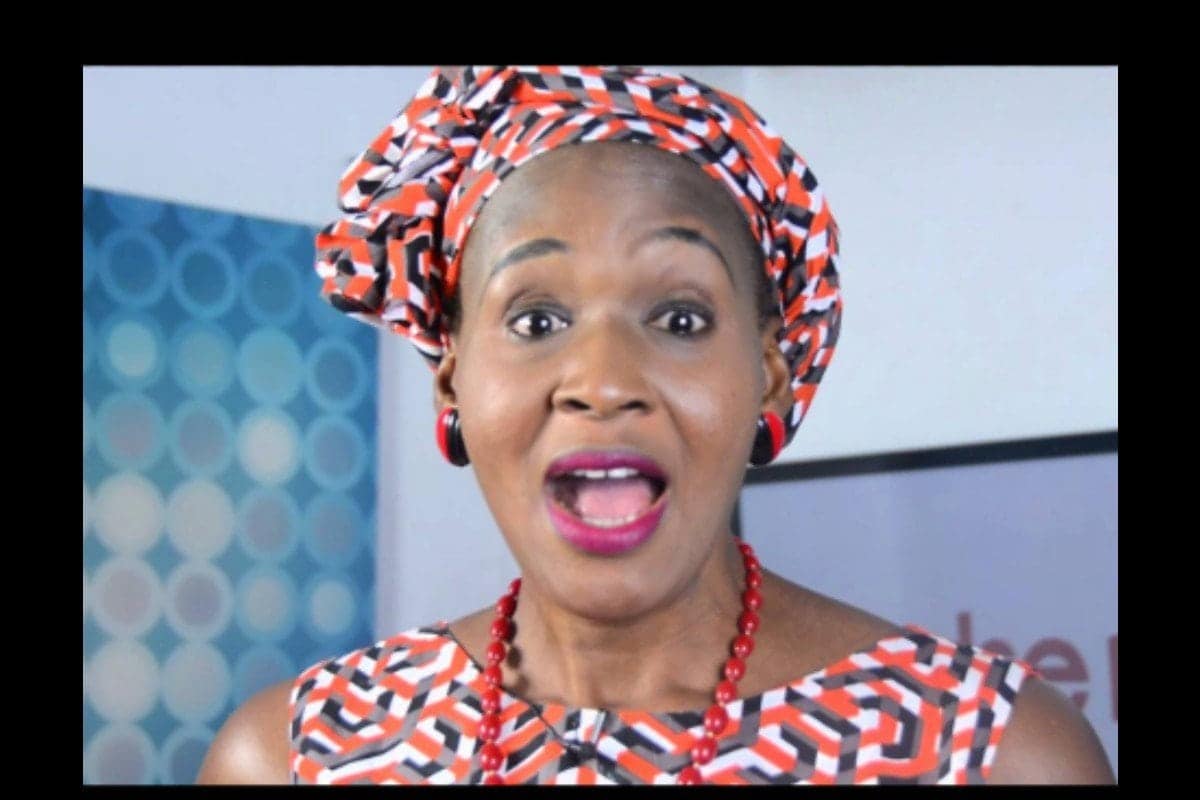 Self-acclaimed investigative journalist, Kemi Olunloyo has revealed why she is happy that she has no daughter.

According to Kemi, she feels sometimes that parents of daughters in this age are useless lighthearted ignorant people. She advised parents to keep their girls off social media as they can often be sexualized.

“I have three sons and very glad I never had daughters even though I’m someone’s daughter. I feel sometimes that parents of daughters in this age are useless carefree ignorant people. In my days they were busy circumcising us and taking away our sexuality because of this. Nobody knew social media will exist when I was this age. Today, look: Mummy Calm down boy, Lil lookalike 3BG Cubana kid drinking beer and this girl all need to stay off Social Media. When this girl is raped by a neighbour, sibling, cousin or school classmate or others, the parents will forget that they sexualized their daughter online

Actress Toyin Abraham is not anywhere near done with breaking the Internet for her upcoming 40th birthday this month.

Just a few days ago, she go everyone talking after she released a beautiful photo of herself in blue asooke and now she has stepped it up by releasing some new photos of herself in tomato red native attire.

Toyin Abraham Ajeyemi aka Mummy Ire, is truly going all out to ensure that her 40th birthday celebration is grand and painting the town red.

See faces of the four women who sold newborn baby for N1.5m (photo)

Officials of National Agency for the Prohibition of Trafficking in Persons (NAPTIP) have captured four women who allegedly sold a newborn baby for N1,500,000naira.

The women were displayed before newsmen on Thursday, September 3. According to NAPTIP officials, two of the women, Bernadette Ihezuo and Cecilia Onyema, are civil servants with the Federal Ministry of Finance Abuja, and Ministry of Agriculture and Rural Development, respectively. The third suspect, Okasi Ekeoma, is said to be Onyema’s sister, while the fourth suspect is the baby’s grandmother Harriet Nmezi who lives in Imo state.

According to NAPTIP officials, the teenage girl got pregnant while staying with her mother who then took her to Onyema's house where she lived until she delivered her baby. Immediately after delivery, the other women took the child from the young mother and sold...

Sister of popular Nigerian DJ Cuppy and daughter of Femi Otedola, Temi Otedola has been trolled by fans on social media after sharing a photo of her having a good time.

We all know, Temi and her current Boyfriend, Mr. Eazi, seems to be in love seeing as they both have their photos as their profile picture.

Trouble however started hours ago when Temi uploaded a photo of herself having a good time and one of her fans bluntly wrote, “Eat and drink but you see that guy on your profile, he will not marry you”, it seems they have the notion that talented musician, Mr. Eaziis just using Temi to further his cause and will not marry her.