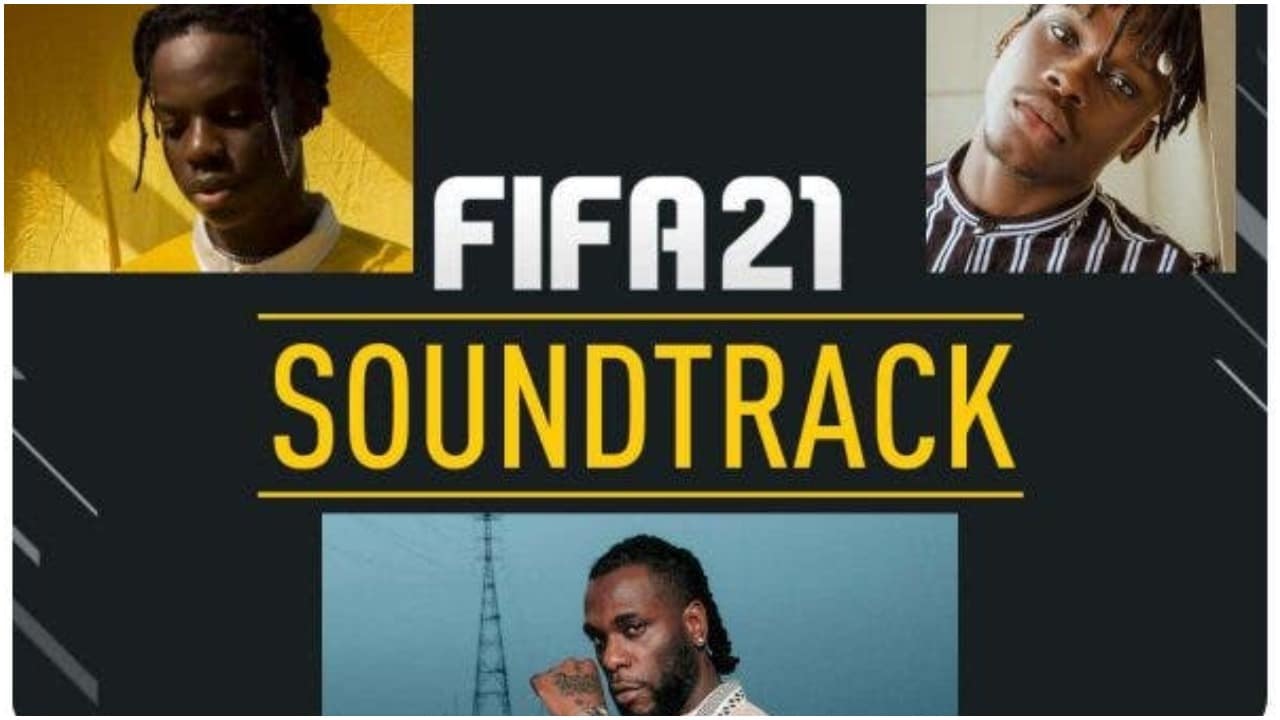 It has just been announced that the sound track for the football simulation game FIFA 21 features Nigerian singers, Fireboy DML, Rema and Burna Boy and over 100 artists from 23 different countries.

The deal negotiated by EMPIRE Publishing & YBNL makes Fireboy the first Nigeria-based artist featured in the official FIFA 21 game soundtrack which is set for launch worldwide on the 9th of October 2020, for PlayStation 4, Xbox One, and PC.

His song, Scatter is set to feature on the main game, which is a huge one for the singer.

Other Nigerians who feature on the Soundtrack are to feature on the Volta Football aspect of the game. Rema with ‘Beamer’ and ‘Location’ by Santan Dave, a British rapper of Nigerian descent. ‘Location’ also features Grammy-nominated Nigerian superstar, Burna Boy.

Below is the full list of singers set to feature in the highly anticipated game;

READ
Tacha reveals why her trip to UK is such a big deal, discloses her plans for her family

“At a time when our shared connections mean more than ever, the soundtrack to EA SPORTS FIFA 21 defines global culture like never before,” said Steve Schnur, President of Music, Electronic Arts.

“The days of borders – musically speaking – are gone. Our soundtrack goal is to change the way players around the world hear and experience football and introduce them to new music that will change their lives.”