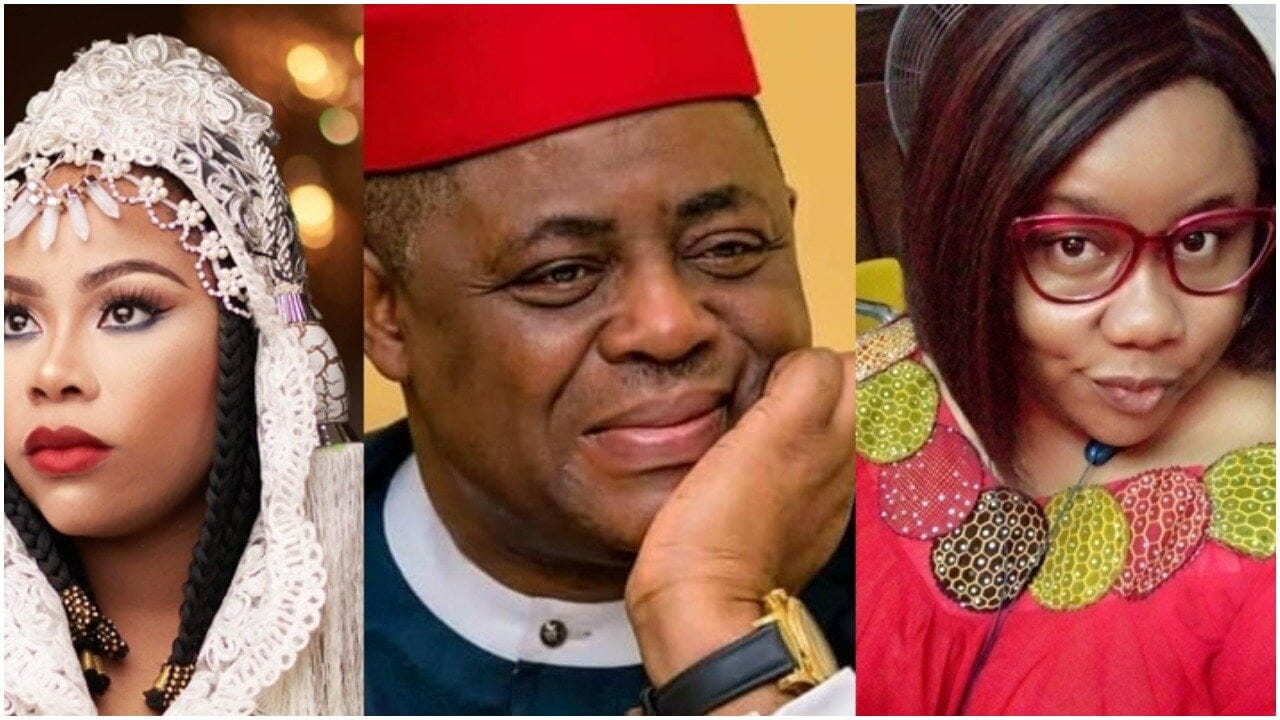 Still on the ongoing messy divorce that ruined the union between Fani-Kayode and his wife, Precious Chikwendu, one Prisca Nduka who happens to be the sister of Precious, has spilled horrifying things that happened in the relationship.

According to Prisca, Femi Fani-Kayode constantly beats and torments his wife in front of visitors and staff even when she was pregnant.

And that her eventual death was eminent if she had not ran away from the house.

Prisca claimed that Fani Kayode would pay Pastors to give false prophecies that Precious either stays in the marriage or die.

At a time when the torture was overbearing she, Precious had to defend herself with a knife after suffering her a terrifying mental breakdown…