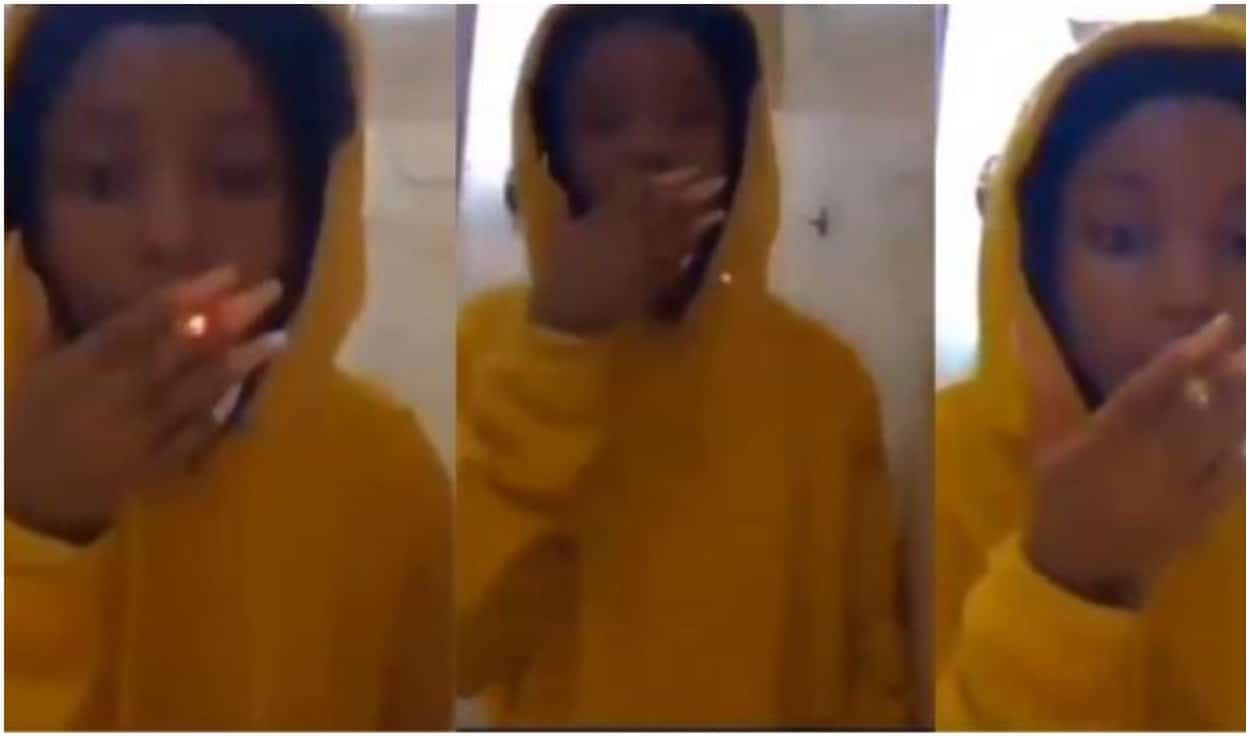 A video of a teenage Nigerian girl smoking weed has sparked outrage on Twitter Naija.

The video has got a lot of concerned Nigerians talking and giving their different opinions about it.

Some Nigerians argued that it’s wrong on all levels, while some others insisted that her parents are to blame for such a reckless lifestyle

Watch the video and see some reactions below;

Some of the reactions below;

Uncle George wrote; ”Life is in stages and each stage should be enjoyed and not rushed. Started driving at 13, but I wished I enjoyed the things meant for me for my age and started 4 years later. Driving is now a chore She’s 15, she should be discovering herself, not how well she can blow a joint”

Gamora wrote; ”She’s 15 and not naive. She already knew the dangers of social media before she thought about uploading that video of her on the internet. I don’t think she was pressured or anything. The moment she clicked the tweet button she accepted the terms and conditions. She needs advise.”

READ
Drinking alcohol is not a sin, drunkenness is - Reno Omokri

Shekere | TinkerBell wrote; ”I’m annoyed that people are more focused on the fact that she’s 15 smoking than how a creepy 23year old dude screenrecorded a video she deleted almost immediately and had it pending in his camera roll just waiting to use it Like did y’all deep how creepy & disgusting that is”