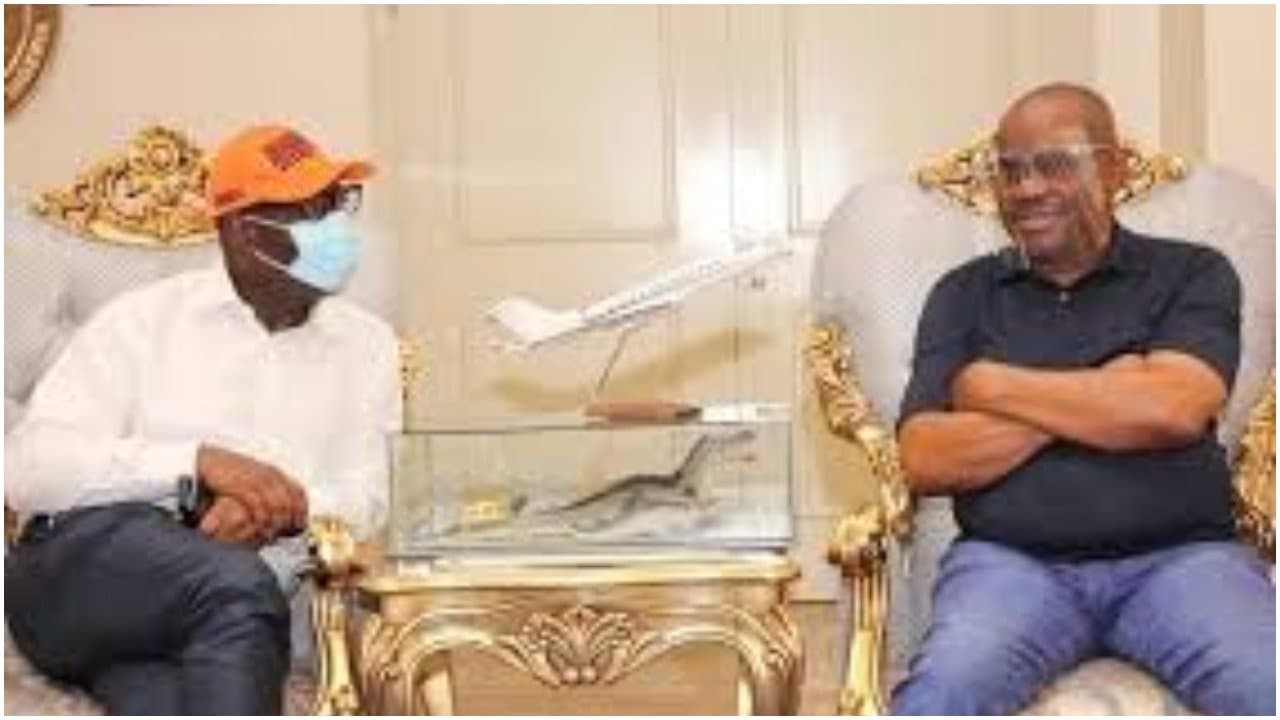 The Edo State Governor, Godwin Obaseki, has revealed how the Rivers State Governor, Nyesom Wike, and other Peoples Democratic Party Governors played a huge part in his re-election.

Speaking during his thank-you visit to Wike at Government House in Port Harcourt, on Wednesday, Obaseki who was accompanied on the visit by his wife, Mrs. Betsy Obaseki said, “I want to thank Edo people for their doggedness and determination in ensuring that their votes counted and the will of the people achieved.

“The victory in the September 19 poll was made possible by God and God used the people as an instrument to actualise my second term ambition.

“After I was pushed out of my former party, this house was the first place I sought solace. You took me in as a brother, out of the storm, changed my clothes, and gave me food to eat.

“It was in this house, the Campaign Council met to work out the key strategies that led us to victory. You mobilised people across the country. You moved to Benin, went through the humiliation and attacks. You supported us and we won.

“It will be a sin against God if we do not come to say thank you. Even if the victory we are celebrating is from God. He has used people like you to make it happen.”

Obaseki assured that “Edo will be better with his re-election as his administration will concentrate on delivering development to Edo people”.