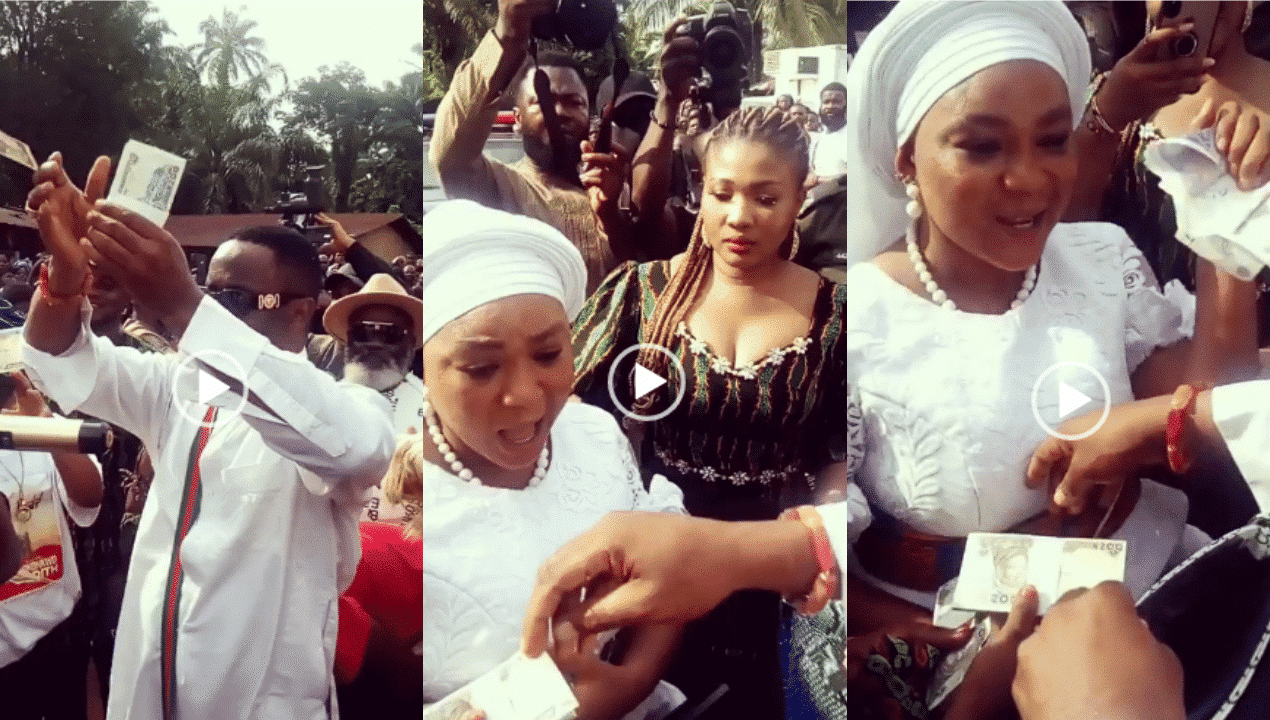 Zubby Michael also sprayed lots of money on singers eulogising his name during the burial on Friday.

It’s safe to say Zubby had a raw display of opulence.

Recall that Rachael lost her 53-year old mother few months ago and fixed the burial for Friday, 25 September.

All forms of social distancing were thrown into the dustbin as Okonkwo danced and received raw cash from Michael and others.

See photos and videos from the event below:

Her first major role and consequently her breakthrough movie came in 2014, where she played the lead character in Nkoli Nwa Nsukka as Nkoli.