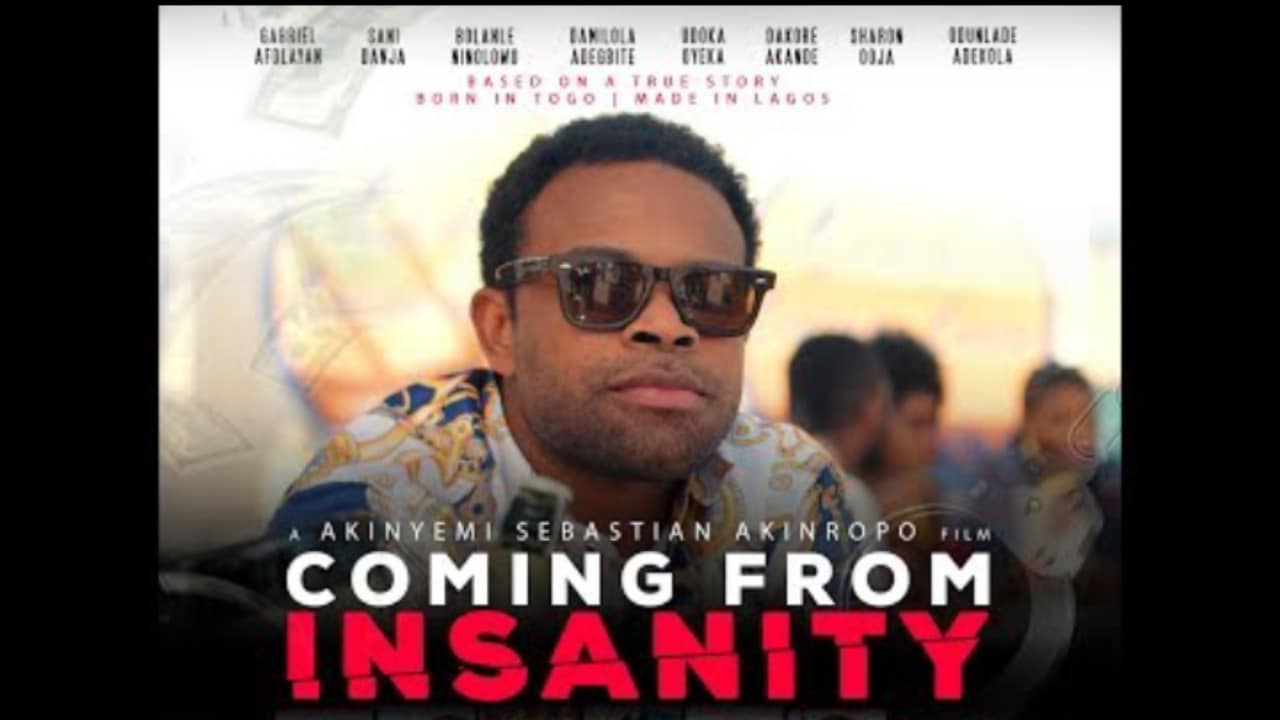 We are ending this month, September with the review of this blockbuster movie on Netflix, Coming From Insane! Have you seen it? What do you think?

Well, for those that haven’t, the movie Coming From Insane centers on the tale of a 12-year old Togolese boy Kossi, played by Gabriel Afolayan. He was trafficked from Togo through the Nigeria borders in the nineties.

The hardworking, handsome boy grows up as a House Help for a Rich family of four – the Martins. Luckily for him, he found love and favour in the heart and mind of the daughter of the family, Oyin Martins.

However, seeing that he has come of age, Kossi starts to plot his way to financial freedom, which results in his name being put on the watch list by the Economic & Financial Crimes Commission (EFCC) and a resultant pseudo ‘catch me if you can’ situation between him and an investigator named Detective Toye.

READ
Movie Review: Mount Zion's 'The Train' based on Mike Bamiloye's true life story will bring out all your emotions

The casting of the movie is another strong point. Gabriel Afolayan’s versatile nature is his special power and it appears to have qualified him for the role, which he played to the point of near excellence (the Faux-Togolese accent being the only letdown.) He is indeed the very good, bad guy!

The likes of Wale and Wole Ojo were convincing in their father and son roles. And it was interesting to see Bolanle Ninolowo in a Dwayne Johnson kind of role. It suits his athletic build and artistic skills.

As well as the lover girls, Damilola Adegbite and Sharon Ooja. Other guest appearances like Tina Mba, Odunlade Adekola and Sambasa Nzeribe added the needed spike to the story.

Directed and written by Akinyemi Sebastian Akinropo, Coming From Insanity is indeed not your regular Nollywood movie. Why? It has daring concept/subject presentation, the extreme plot twists, and the inferred conclusion to the film are good evidences.