Prince Nicholas Makolomi who shot and upload the viral video that rattled up social media, which then morphed into #EndSARS movement has...
Read more
Home Metro Man who bragged about hacking over 1000 customers’ bank details and BVN...
Facebook
Twitter
Pinterest
WhatsApp 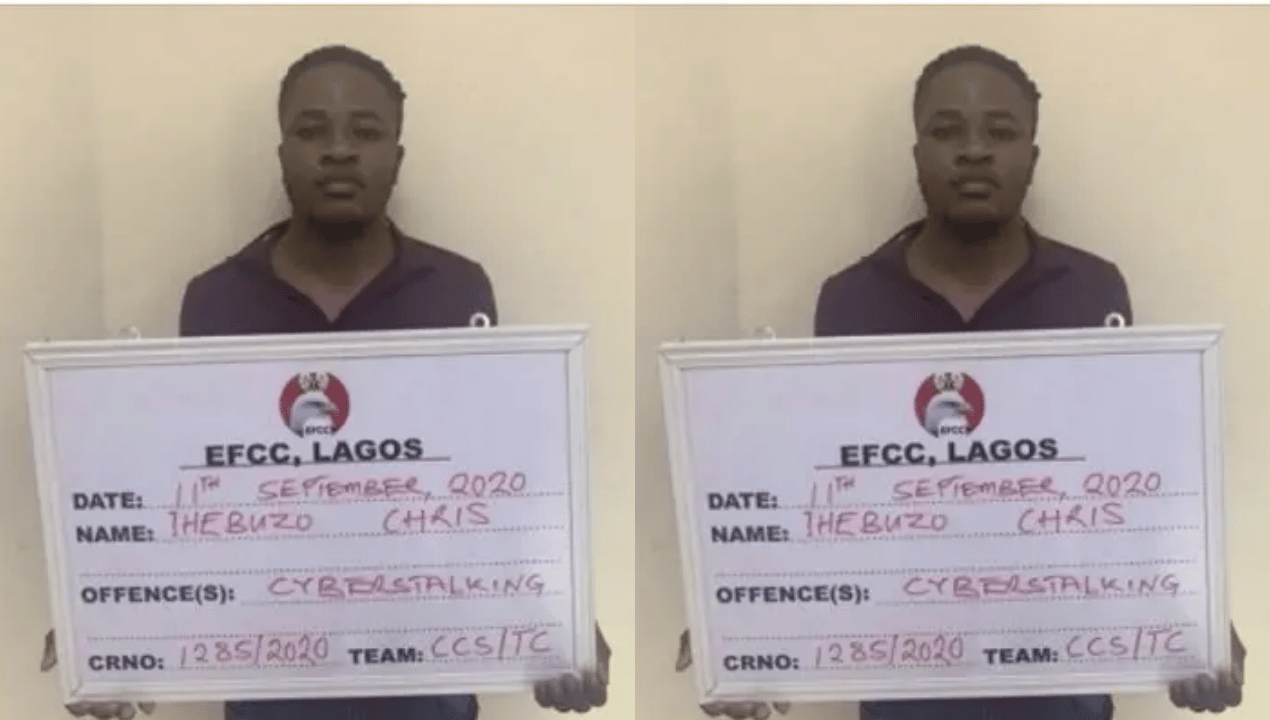 Coming after one Ihebuzo Chris bragged about hacking into a thousand people’s bank accounts, the Economic and Financial Crimes Commission (EFCC) has arrested him for alleged cyber stalking.

Ihebuzo, was arrested recently in Benin City, Edo State, following a petition received by the Commission from the bank he allegedly hacked.

Chris had, in a viral video, bragged about being in possession of some personal information and Biometric Verification Numbers of over 1000 customers of the bank, which he claimed to have obtained after hacking into its data base from his personal laptop computer.

Items recovered from the suspected hacker at the time of the arrest, includes; a laptop computer, which he used to upload the viral video, a printout of over 2000 bank details, including the BVN of customers of the bank, 12 blank ATM cards suspected to be for perpetration of his alleged criminal activity.

According to EFCC officials, Chris will be arraigned to court immediately investigations are concluded.