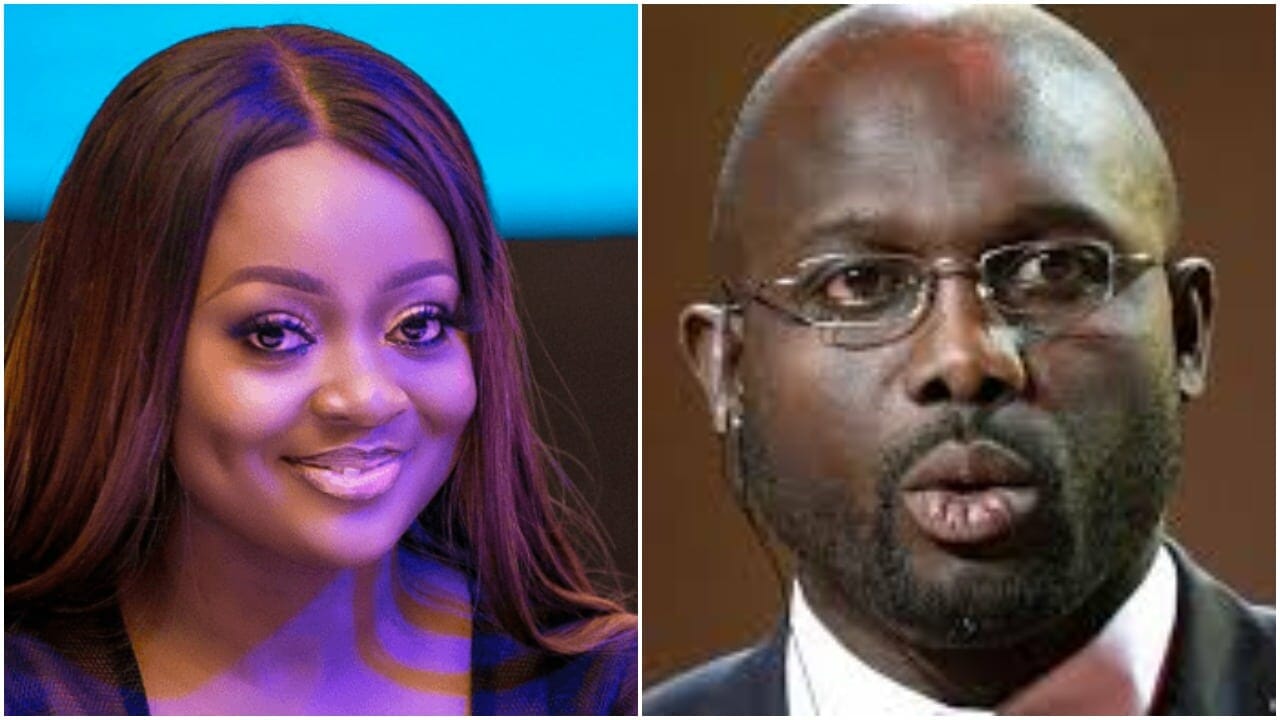 Ghanaian actress Jackie Appiah has finally reacted to the viral reports that she is pregnant for Liberian President George Weah.

The rumour went viral after a blogger on Instagram, claimed Jackie Appiah gained weight because she is carrying Weah’s child.

However, at the naming ceremony of the son of her colleague Victoria Labene during the weekend, Jackie denied the allegation.

The 36-year-old had a little more to say on the allegation in an Instagram post on Monday.

“The laughter that dispels lies and fabricated stories,” she captioned a photo.

Local news media had reported that Liberians were angered by the rumour.

Jackie and Weah have a mutual relationship. In December 2017, she congratulated him on winning the presidential election with a photo of both of them together.

“Congratulations to George Weah for winning the presidential elections in Liberia  You are a great person and I know you will do great things in Liberia to make the whole of Africa proud,” she had written on Facebook.