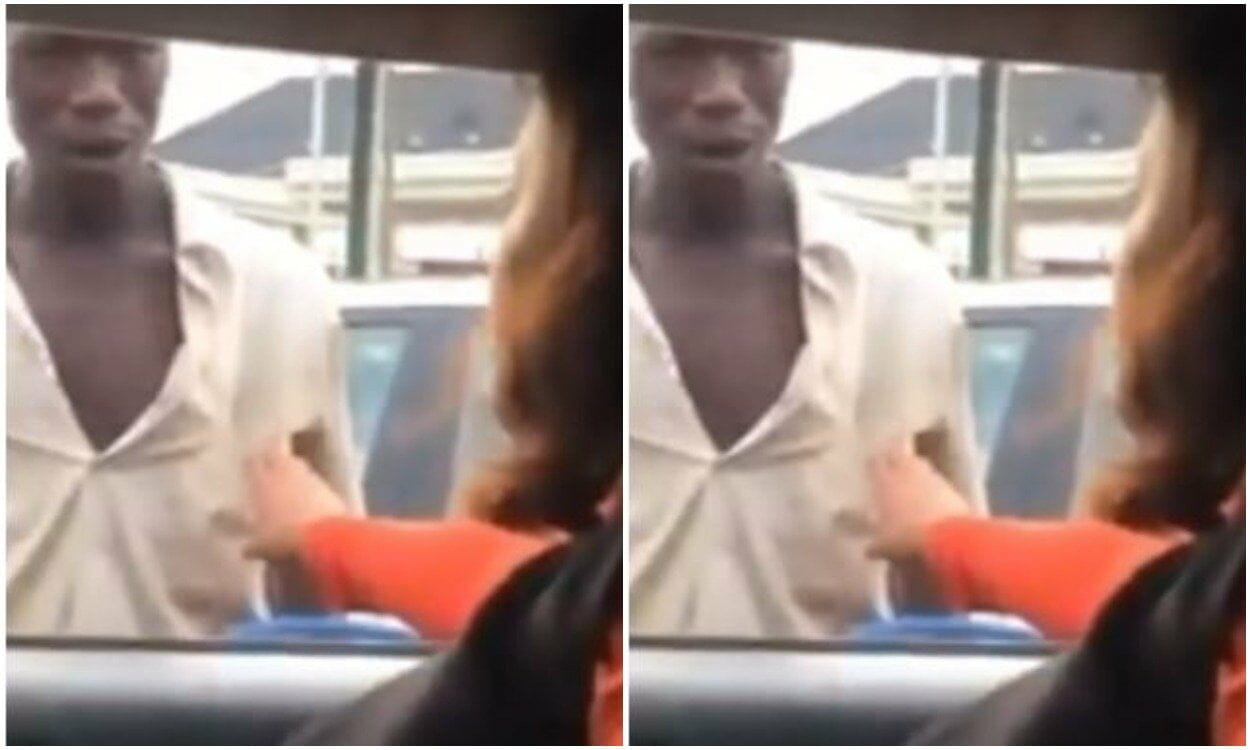 A yet to be identified Nigerian lady has been spotted in a viral video sexually harassing an unknown onion seller from the northern region of the country.

In the video, that has become a growing sensation since it was first shared on social media space, the lady was pictured making inappropriate statements and could be seen holding on to the onion seller clothing while telling him she wanted to have sex with him.

While the man repeatedly asked if she wanted to buy onion from him, insisting he doesn’t do such, the lady adamantly continued with the harassment.

Watch the viral video below;