The Coalition Against COVID-19 (CACOVID) has in a statement released reveal why the looted Coronavirus palliatives from many warehouses across the country...
Read more
News 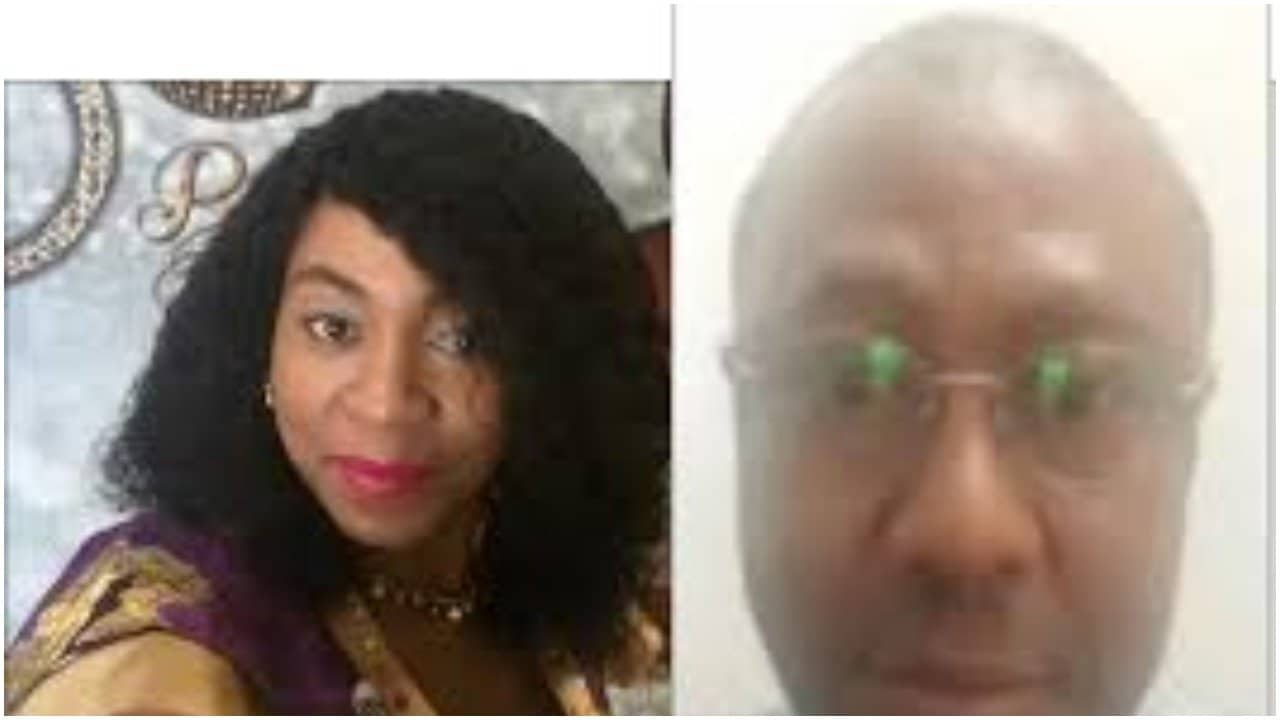 Seluona Ubebe is a mother of three recently made headlines after her ex-husband, Mr Victor Nordi abducted her three children for two years, following their separation and dissolution of their 18-year-old marriage.

We were married for 18 years and, throughout, he was doing things that were making it an unhappy marriage and saddening for me. We have three children, so I wasn’t in a hurry to leave the marriage; that was why I stayed and endured the marriage for 18 years. After 18 years, I found out that I wasn’t even helping my children by remaining in a marriage that was abusive. So, I decided to leave and relocated to Lagos with my children.

After a while, we went to court for a divorce and the kids were with me for two and a half years. Later on, the court granted us joint custody – that means we should have equal access to the children. So, after two and a half years, in July 2018, he came to pick up the children in Lagos for vacation and they were supposed to be returned in September 2018 so they could resume school in Lagos. He refused to bring them back. Instead, he changed their schools and enrolled them in schools in Abuja. Since then, he has cut off the children, so there has been no form of communication between the children and me. Whenever he finds out the children are trying to call me on their phones, he seizes the phones. Sometimes, he seizes their phones for upwards of two months. When he releases the phone to them, he changes their SIM cards and warns them not to call me again or reach me. This has been going on for two years now. I’ve tried repeatedly to reach him, saying, ‘I need to see my children.’

When did you get divorced?

We finalised our divorce in February. Despite the fact that we are no longer together, the children should have free access to him and me. For some reasons, he wouldn’t let me see the kids. Later, I heard he said, for the two years he was with me in Lagos, he only saw them once when he came to look for them in Lagos. And I said to him, ‘From the beginning, I told you we should have an arrangement where you and I could see these children.’ Even before we went to court, I said, ‘I don’t want to separate the children from their father. Even though the marriage did not work out between you and me, you are still their father at the end of the day. Let’s have an arrangement.’

He (verbally) abused me that day and told me I was talking nonsense and that I must return his children to him; otherwise I would not find it funny. It was then I stopped communicating with him, until he finally came to see the kids one time in Lagos and the next time he came was to pick them up to spend the holiday and he didn’t return them.

I’ve made several attempts to go to Abuja to see the children. Each time I go, he wouldn’t take my calls or reply to my messages. I pleaded with him repeatedly, sending him messages upon messages. When I noticed he was not responding, that was when I had no choice but to go to an online blogger to share my story.

READ
Dorothy, Erica, Nengi and others, Meet the Housemates in the Big Brother Naija 5 House

Was he aware each time you visited Abuja?

Yes! In fact, before I would go, I would always tell him in advance, ‘I’m coming to Abuja. Please, I would like to see my children.’ And then he would be giving me different excuses. ‘Don’t come yet. When I’m ready for you, I will let you come. If you’re not invited don’t come.’ Even when I come, I would tell him, ‘I am in time. These are my children. I want to see them.’ He just wants to use them to punish me. For him, it is about punishment for daring to leave the marriage. That is what this is all about to him.

How many times have you been to Abuja to see the children?

I’ve been to Abuja three times and on all three occasions, I could not see my children. This is my third visit. I’ve been in Abuja for three weeks.

How old are you and your ex-husband?

When were you married?

For how long would you say you knew him before you got married?

I met him in 1994 and we got married in 1998. So, it was four years later. The truth of the matter is that we started dating when I was in university. I was in the University of Benin, Edo State. He was working in Lagos. We met during one of those industrial actions embarked on by the Academic Staff Union of Universities. Not long after we met, the strike was called off and I went back to school. So, we didn’t really have time to know each other well enough and for me to study him.

After we first met, the only times we used to see each other were during those three-week or one-month (school) vacations, then I would be back to school. Immediately after school, I went for the National Youth Service Corps programme, and immediately after, he proposed marriage. So, we didn’t really live in the same city long enough for me to study him.

How old are your children?

My first children are twins; they turned 18 recently, while the youngest is nine years old.

Would it be right to say you are worried for their safety?

I am extremely worried for them, especially now that he knows I’m in Abuja to see the children. The latest I’m hearing now is that he would lock the kids indoors and take the keys away. That is what I’ve been hearing from his neighbours. So, I’m wondering, God forbid there’s a fire incident, what would happen? These are my concerns.

Do you think he has people he looks up to that can talk to him on your behalf?

That was the same question my lawyer asked me. This man does not listen to anybody. He’s that kind of person. You cannot talk to him. He will prove to you that he knows better than you. He does not listen to his mother. He has an uncle living in Lagos who is in his late 70s or early 80s. I have talked to this man at length. This man has called him repeatedly to appeal to him to, at least, let our divorce go peacefully for me to be able to have access to my children. Now, he does not answer his uncle’s calls anymore because anytime the uncle is calling him, the uncle is speaking on my behalf.

Doesn’t he have any friends?

He has no friends. Somebody like that who is quick-tempered, does not listen to people’s advice and thinks he knows better than anyone, I doubt he can even maintain a friendship. In all the years I’ve known him, he had one friend. He and that friend had a problem. I would even say that that friend was extremely patient. Several times, he would do things to the guy but the guy would just keep coming back. But before I left him, the guy finally ended the friendship. And, for about two years, at the time I left him, the guy never showed up. They weren’t talking anymore; they were no longer friends. That was the only friend I ever knew with him. I don’t know of any other friend that he has.

Did you ever consider going to the police to get the children back?

Yes, I went to the police. I’ve been to two police stations. I went to the one near his house in Gwarinpa, then I went to the Force headquarters at Area 10. The divisional police officer at Gwarinpa told me that there wasn’t much they could do, except the court empowered them and that I needed to make the court give them an enforcement order to go and either forcibly take the kids from him, or arrest him. He said until the court does that, they can’t do anything about it. When I got to Area 10, they told me the same thing.

Have you got the order from the court?

I have a divorce order and the custody order already. But what they are asking for is enforcement, that is, for the police to come in. They said the court order alone cannot mandate them to do anything, so the court has to specifically mandate them to go and take action against him.

Do you know how soon you will get that?

You know the court system is very long in Nigeria. That’s what is painful. Now, we have to go back to start thinking of how to get that. Nobody knows how long. I spoke with my lawyer, ‘How long will this take?’ They said it’s unpredictable. It could be years; it could be less or more. Nobody knows. The court system moves at a snail’s pace.

If you could talk to your ex-husband right now, what would you tell him?

I just want an opportunity to see my children again because I’m worried for them. I don’t know the state of their well-being. I need to be able to see them, talk to them again and relate to them as a mother should be freely allowed to relate with them and be in their lives.

*Editor’s note: Mr Victor Nordi declined an interview, saying the appeals on the matter were pending in court.