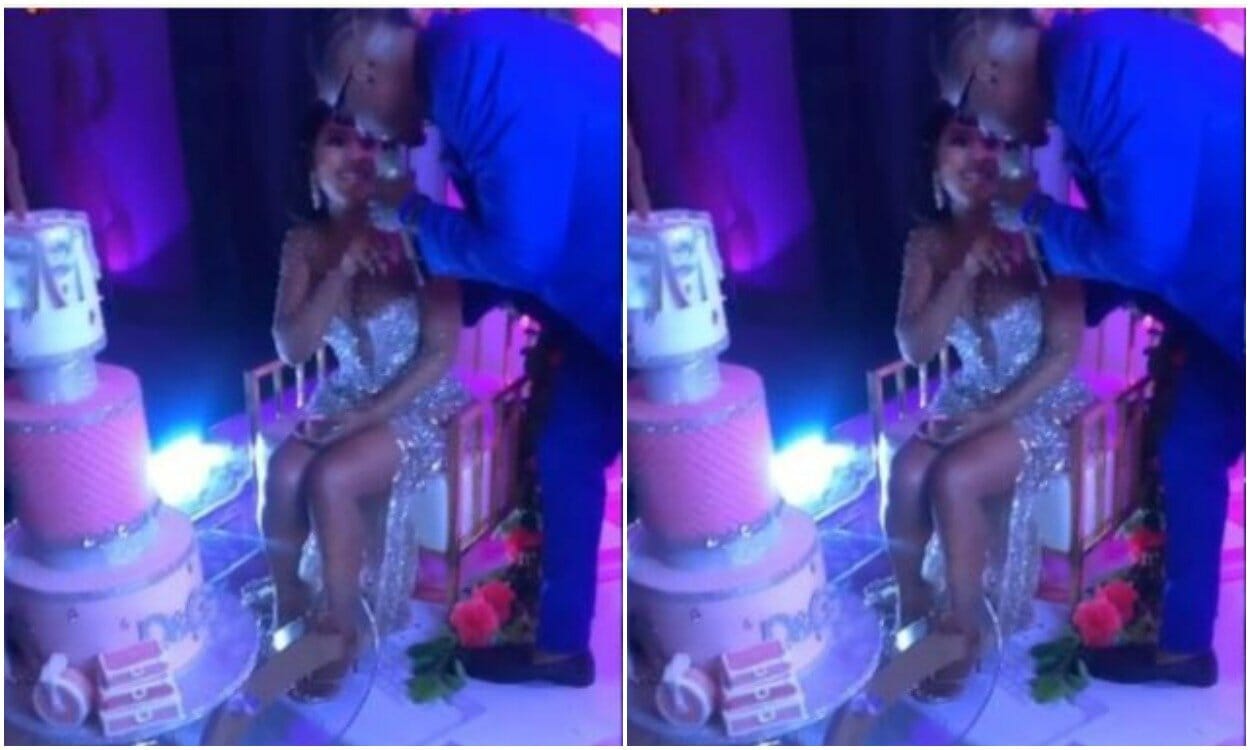 One of the highlights at BBNaija season 4 winner, Mercy Eke’s birthday party last night was when Ike, her boyfriend, pulled up a dramatic scene that had fans thinking he was about to propose to her.

Kemi Filani News recalls that that reality star, Mercy Ike celebrated her birthday yesterday and BBNaija ex-housemate turned Instagram blogger Ike whom met her during the BBNAIJA season 4 show, stepped out and presented her with a little box that looked like it had an engagement ring.

However, he disappointed fans when he did not go down on one knee but rather told her to open the little box later and that they would talk later.