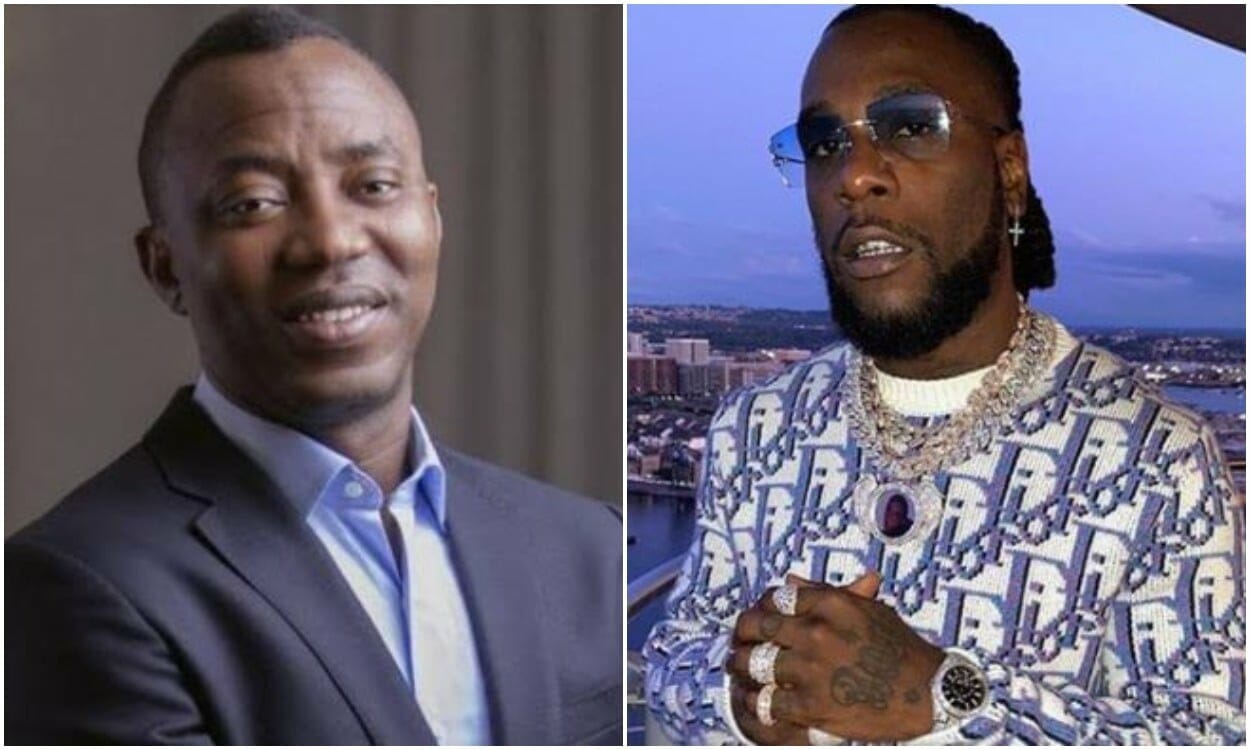 African Giant, Burna Boy has reacted after convener of the #RevolutionNow movement, Omoyele Sowore asked him to join him and protest against President Muhammadu Buhari’s government on forthcoming independence day celebration.

The Nigerian activist and politician, Omoyele Sowore has earlier called on Burna Boy to join him on the #RevolutionNow protest on October 1st.

Taking to Twitter, Sowore wrote: “Hello @burnaboy, everywhere I turn people describe you as a revolutionary musician, the foreign media even celebrate you compare you to Fela Kuti, but I am yet to see you lead anyone to a police station carrying a coffin for head of state! Join #Oct1stProtest #RevolutionNow.”

The self-acclaimed African giant, Burna Boy has now responded to Sowore on Twitter. According to Burna Boy, the same people, late Fela fought for were those who betrayed him.

He also revealed that people avoided his family just because his mother associated with Fela. In a retweet which Burna Boy has now deleted, he wrote..

“When Fela was alive, the very people he was fighting for are the ones who put him through the real hell. People even stayed away from my mother’s family for joining with Fela. They killed his mother and most Nigerians said he deserved it…”