See the type of Yam Women now eat to have twins 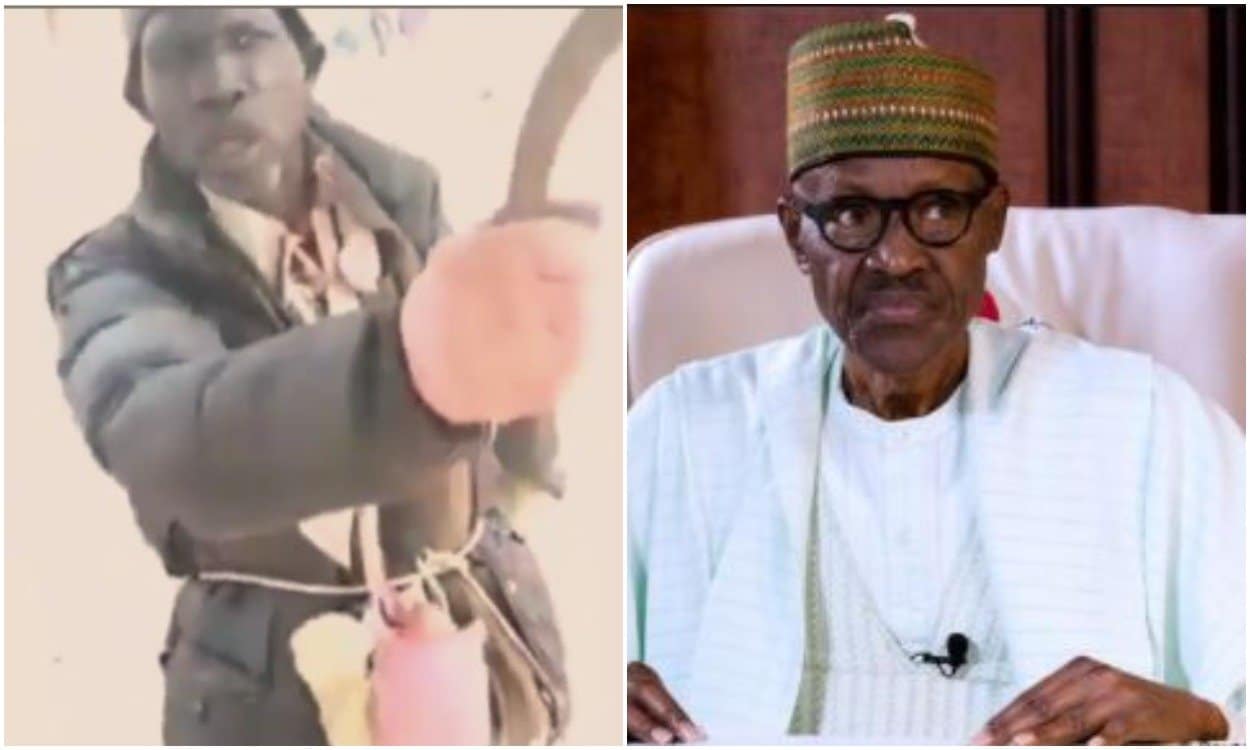 The 26-second video was uploaded on the micro-blogging platform on Friday by a Twitter user @RomanusEke1 who wrote, “Mr President, this hardworking farmer has a message”.

“You must take note,” the ‘farmer’ said in his message to Mr Buhari. “Next time, if in this Nigeria you contest (election) again, I will shoot you down.”

Mr Buhari will not run for president again after ending his second term in 2023 because of the limit fixed by the Nigerian Constitution.

The man in the video started his message in the Hausa language before he consented to a background voice in the video that asked him to switch to English Language, perhaps to give the message a wider reach.

He was holding a knife and looked angry and frustrated.

The people around him in the video shouted and cheered him as he walked away after delivering his message.

It is with no doubt that there has been a widespread of discontentment against the Buhari administration because of the general hardship and insecurity in Nigeria.