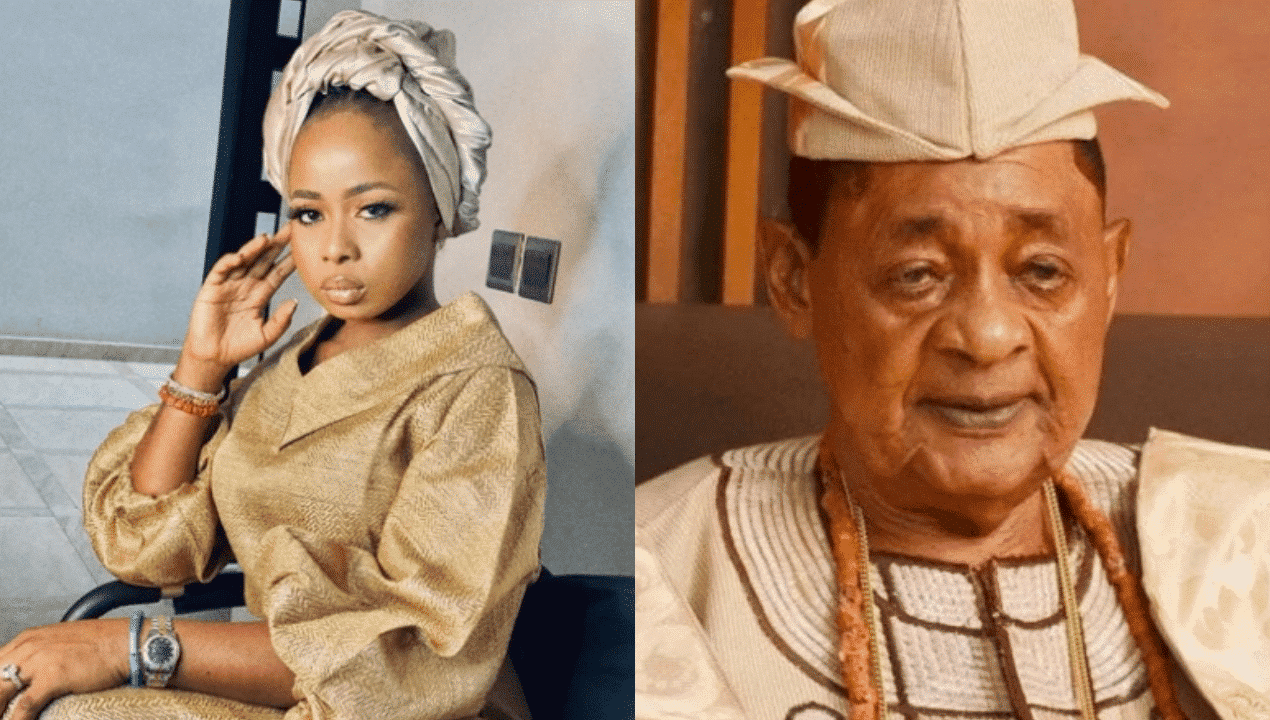 Queen Badirat Ajoke Adeyemi, the youngest wife of the Alafin of Oyo, Lamidi Adeyemi was noticeably missing in the Eid celebration family portrait of the king and his wives.

This is coming after it was rumored that she was sent out of the palace for allegedly sleeping with Nigerian music icon, King Ayinde Wasiu Marshal popularly known as KWAM 1.

Kemi Filani News recalls that Olori Ola as she is fondly called was recently accused of having extra marital affairs with the Fuji star. An allegation they have both publicly denied.

See the family photo below…

However, this photo has raised eye brows among Nigerians, as many believe the rumors that she was allegedly chased out of the palace might be true.

See some reactions below…

“Gather here for selfie if Na wetin Dey my mind u rush go check for this picture . Someone is missing true true”

“Where is Ele Daddy”