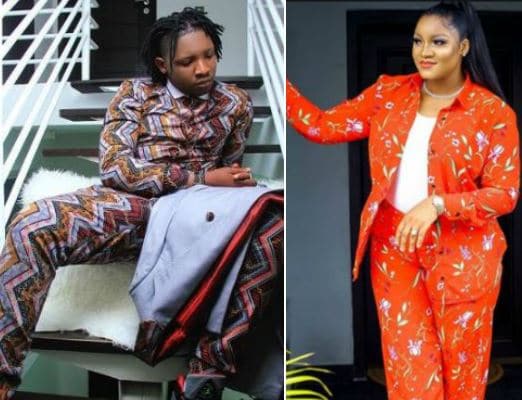 Nigerian actress, Omotola Jalade-Ekeinde’s son, Captain E has been nominated for the 25 Under 25 music category award. The 22-year-old would be battling for the award with other rising stars like Omah Lay and Oxlade.

The winner will be declared on the 29th August. Captain E recently released his third single titled ‘More of You’ after he released ‘You & I’ in May and ‘Craze’ in June. At 19, Captain E worked with the likes of Falz, Seyi Shay and Mr Eazi. In 2014, he won the Best Producer section at the International Music Conference in Atlanta, Georgia, US.

The 25 Under 25 Entrepreneurs Awards is an annual award ceremony by SME 100 Africa aimed at recognising, acknowledging, honouring and supporting some of Nigeria’s most innovative entrepreneurs under the age of 25. These are innovators, influencers, trendsetters, inventors, entrepreneurs, etc who are doing phenomenal things and contributing to socio-economic development in Nigeria.