Video of rescued Lekki Toll Gate victim called out for stealing a Nurses phone at the hospital where he was admitted has...
Read more
News

A video of the stolen Oba of Lagos staff found mysteriously kept in what seems like a vandalized office in an unconfirmed...
Read more
News 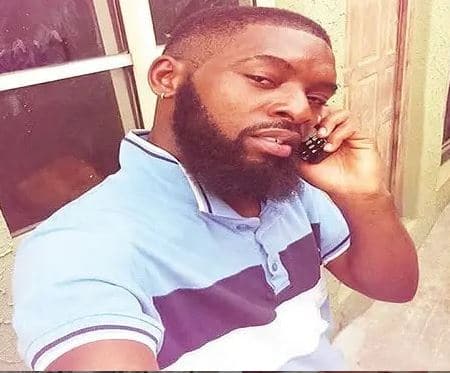 A Nigerian man identified as Aboh Ogbeche, on Friday, committed suicide at his family residence in Lawanson, Surulere area of Lagos State.

The deceased was said to have drank bleach in his mother’s presence and immediately convulsed to death. According to reports, the 32-year-old victim poured the bleach in a cup before gulping the substance.

A close friend who craved anonymity disclosed that the mother of the deceased was shocked by the incident, raised the alarm and was rushed to a nearby hospital, where he was confirmed dead.

The deceased, however did not leave behind a suicide note or told any of his friends about his plan to commit suicide.
A source said,

“Aboh was a very jovial person and nobody knew he could think of taking his own life.

“He was from Cross River State and about 32 years old. He slumped in the presence of his mum around 3.30pm on Friday after drinking a brand of bleach. He was rushed to the Aishat Hospital in Idi Araba, where he died. His body has been deposited in the LUTH mortuary.”