Hours ago, actress Ini Edo got more than what she bargained for after she shared some new photos of herself.

Ini Edo who clocked 38 years old in April, captioned one of the photos “Night Nurse” and it sparked reactions from not just her fans but her colleagues like Kunle Afolayan, Ufuoma McDermott, Geneveive Nnaji, Oge Okoye and more.

'I have everything...' - Ufuoma McDermott writes in celebration of her 10th wedding anniversary to Oyibo

There is no doubt that many fans are crazy about Ini Edo as she always flaunts her hot, curvy body in her beautiful outfits.

She always manages to keep her social media buzzing and has managed to remind everyone that she is a fashion goddess. 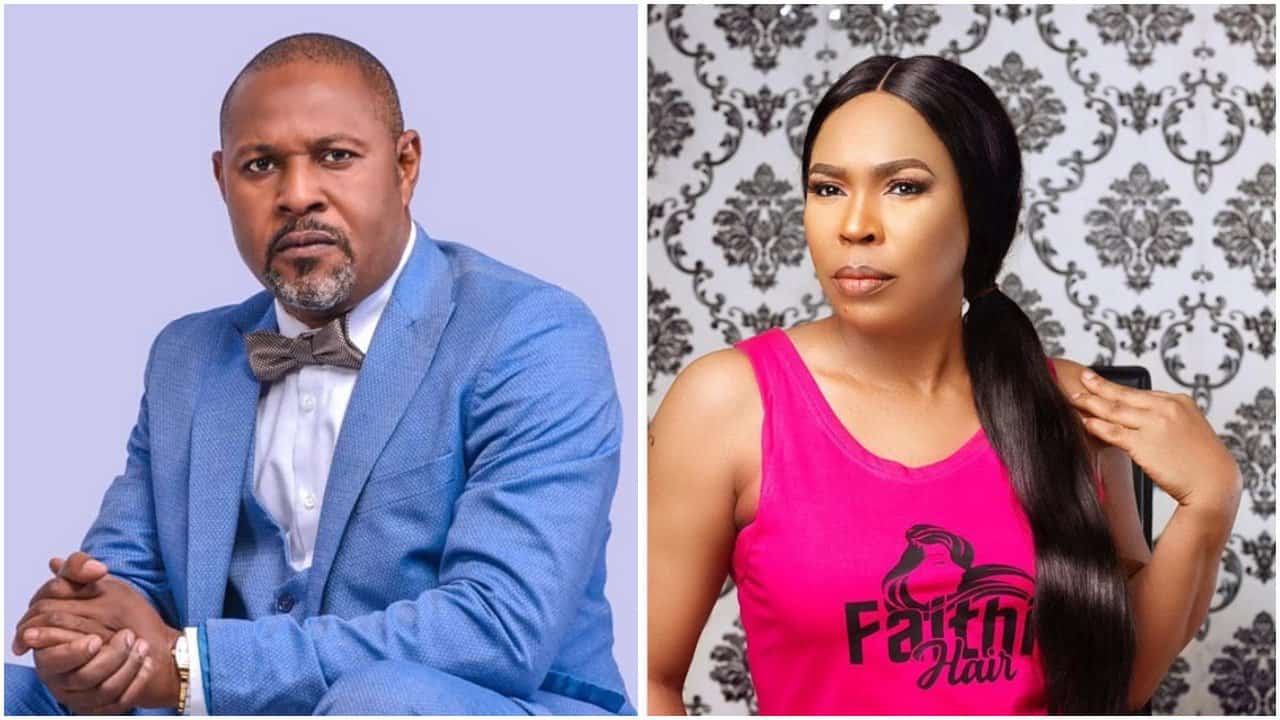 Nollywood actress, Faithia Balogun has described her Ex, Saidi Balogun as an amazing and hardworking father.

Speaking with TVC presenters during an online entertainment programme, the mother of two, Faithia Balogun admitted that she is presently in a relationship with 'someone' and will likely get married soon but she still has a relationship with her Ex, Saidi Balogun.

"I will always meet my Ex, there is nowhere we want to go. He is my kids father and colleagues, we always meet in the family house to discuss the kids, we meet on set, we always connect somewhere, amazing father, great talent, hardworking man"

When asked if he will allow her remarry, Faithia said "Sure, he won't stop me from remarrying....he can't stop me"

Mercy Eke sends message to those who have beef with her

Mercy Eke, the winner of the 2019 BBNaija reality TV show has said that she doesn't have time to engage in beef with those who have beef for her.

She stated this just days before the countdown to the beginning of another season of the BBNaija reality TV show which marks the end of her reign in the spotlight of the reality TV show.

"Having beef with me don't mean I have beef with you. You have the time, I don't", Mercy Eke wrote.

Meanwhile, the BBNaija 2020 has been slated to begin on Juley 19, this is according to a post by DSTV on social media.

The organizers had announced audition for the show saying, “Participate in the BBN auditions by simply...

The house of veteran Nollywood actor, Ajirebi Kayode Olasehinde, has been destroyed by flooded after heavy rainfall in Lagos.

The rain forced a canal to overflow thereby releasing its content into the property of the actor which has become a regular occurrence.

Crying out on behalf of his dad, Samuel Ajirebi, wondered if there's a government in Nigeria.

“Seriously sad right now, I get to think at times that, are we sure we have a government in this country?

“Look at what I met on going to visit my family today, a flooded house due to the overflowing canal behind our street.

“To make matters worse, no one was at home save my dad, so the...