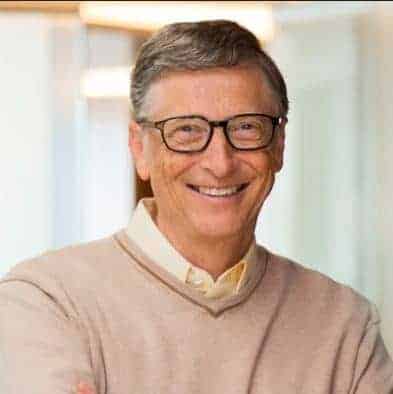 Microsoft owner, Bill Gates has reacted to claims that he’s behind the creation of COVID-19 and that he plans on depopulating the earth.

Conspiracy theorists made the allegation against the billionaire who is said to be working on a vaccine to stop the virus in its track.

The vaccine has been claimed to be what Bill Gates will use to wipe out the earth’s population.

“Our foundation has given more money to buy vaccines to save lives than any group,” Gates spoke on CNN.

He has pledged $250 million in fighting diseases in developing countries over the past 20 years.

“So you just turn that around. You say, ok, we’re making money and we’re trying to kill people with vaccines or by inventing something,” Gates continued.

COVID-19: Special palliatives should be given to pastors, Imams – MURIC

“And at least it’s true, we’re associated with vaccines, but you actually have sort of flipped the connection,” he said, adding he hopes the conspiracies don’t generate “vaccine hesitancy.”

Controversial Ghanaian comedienne, Afia Schwarzenegger has flaunted her bikini butt in a video she shared on social media.

This comes months after the mother of three confirmed rumours of undergoing cosmetic surgery.

Speaking on Joselyn Dumas ‘Keeping It Real’ show, she revealed that she...