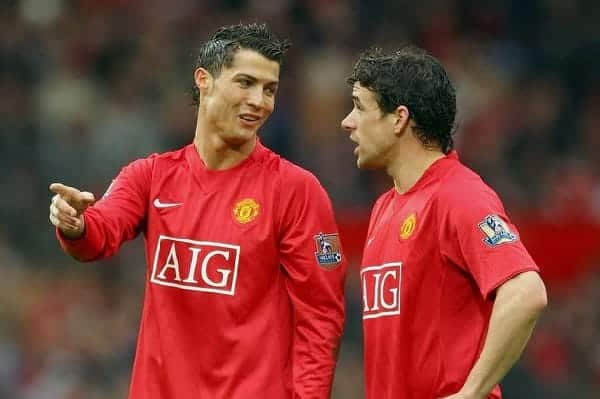 Former Manchester United player, Owen Hargreaves has revealed that Cristiano Ronaldo respects it when someone is good in an aspect of football.

Hargreaves recalled how he and Ronaldo both trained on free-kick before the Champions League final between Manchester United and Chelsea in 2008.

Hargreaves told BeIN Sports: “But to be fair we used to practise all the time and he knew I could take them.

“That’s the only thing I’d say, I always played in a team where we had world-class players, so as a young kid it’s hard to get on free-kicks even though you could do it. So if I ever got one, which wasn’t very often even at Bayern, I had to score, because if I didn’t score I wouldn’t get one for a while.

“But we used to practise all the time and Cristiano knew I could and I love that about him.

“I remember we played, I’d scored a couple, and we practised before the Champions League final against Chelsea that year, he was on one side of the box and I was on the other. I hit nine out of ten into the top corner, Edwin [van der Sar] was in goal.

“And Edwin came to me and said, ‘Owen, if we get a free-kick in the Champions League final you’ve gotta take it’. I said, ‘I can’t take it off Cristiano, that’s Cristiano Ronaldo’.

“Anyway, we get to the dressing room, we’re warming up to go out on the pitch before we go out, nobody is around, Cristiano walks over and says, ‘Owen if we get a free-kick today it’s yours, I saw you practising’.

“And that’s who he was. Everybody thinks he’s like it’s all about him and an egomaniac. But if you’re good at something he’s the first one to see that.

“And that’s why I got to take a couple that year because he knew I might score. I admire that about him, I really do.”

The Nigerian Senate has said that it never directed the Economic and Financial Crime Commission, EFCC, to investigate an allegation against Godswill Akpabio, the Minister of Niger Delta Affairs.

This is contained in a statement issued by the Deputy Senate President, Ovie Omo-Agege, who called on security operatives to fish out the mischief-makers behind the claim.

A statement reads: “My attention has been drawn to a forged letter dated 7th May, 2020, purported to emanate from my office, addressed to the Chairman, Economic and Financial Crimes Commission (EFCC).

“The letter fraudulently indicates that His Excellency, the Deputy President of the Senate had directed the Clerk of the Senate to petition the Hon. Minister of Niger Delta Affairs and one Mr. Scott Ikott Tommey on allegations bordering on alleged corruption... 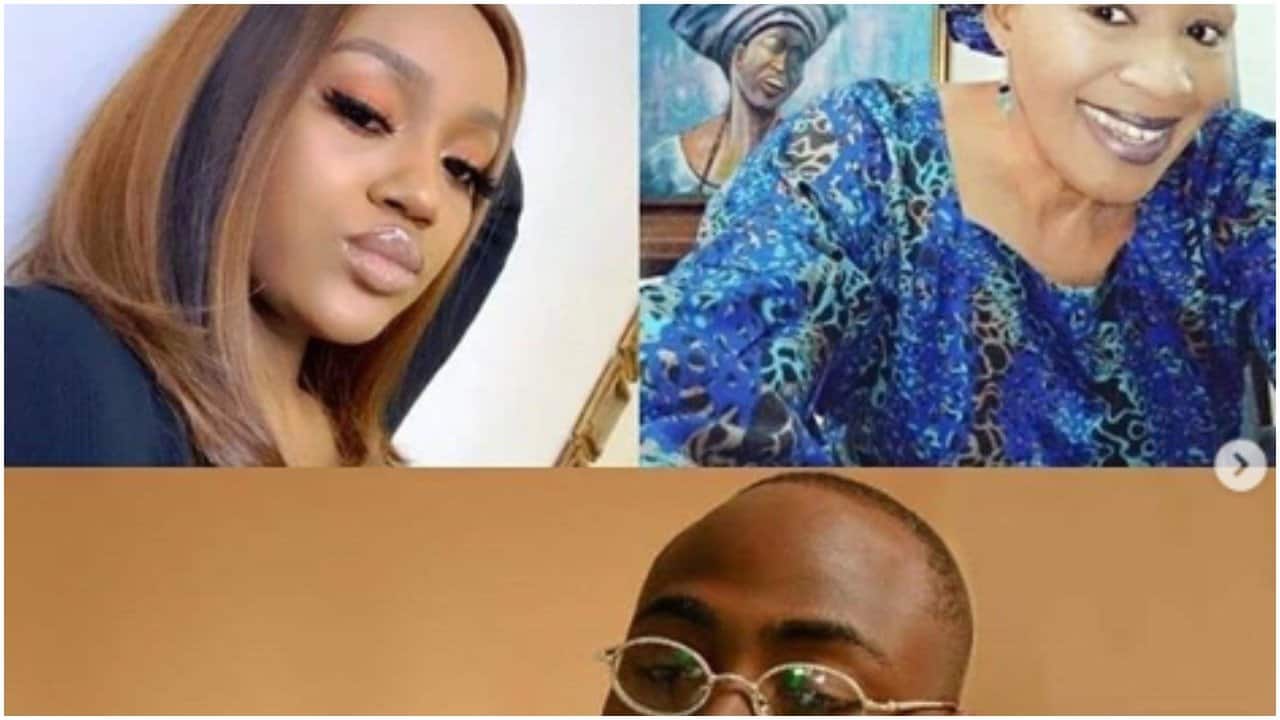 Controversial Nigerian journalist, Kemi Olunloyo has revealed that Davido’s fiancee, Chioma Rowland has moved out of his house, following reports of his welcoming a son with a UK based make-up artist.

Kemi Filani News recounts that a couple of days ago, the journalist reported that Davido welcomed another baby boy with a London based Makeup Artist, and she also went ahead to share a photo of the lady and called her Davido’s wife on social media.

The new baby mama identified as an Angola born London based makeup artist, Larissa Yasmin Lorenco was said to have been in the singer’s life since the year 2017 despite his relationship with Chioma Rowland.

Former BBNaija reality TV star, Tacha has revealed the reason why men don't get satisfied loving only one woman.

In a tweet, Tacha stated that a man who falls in love with a woman's feminine features will find it difficult staying faithful to her.

She also revealed that all the women in the world won't satisfy him.

Tacha tweeted: "If a man loves a woman’s soul, he’ll end up loving ONE WOMAN
But If he just LOVES a woman’s feminine features, all the women in the world won’t SATISFY him".

Recently, Tacha intervened in the ongoing drama between Venita, Ella and Mercy. Recall that Venita and Mercy disgraced Ella during the Reunion show that aired last night by calling her a beggar,...