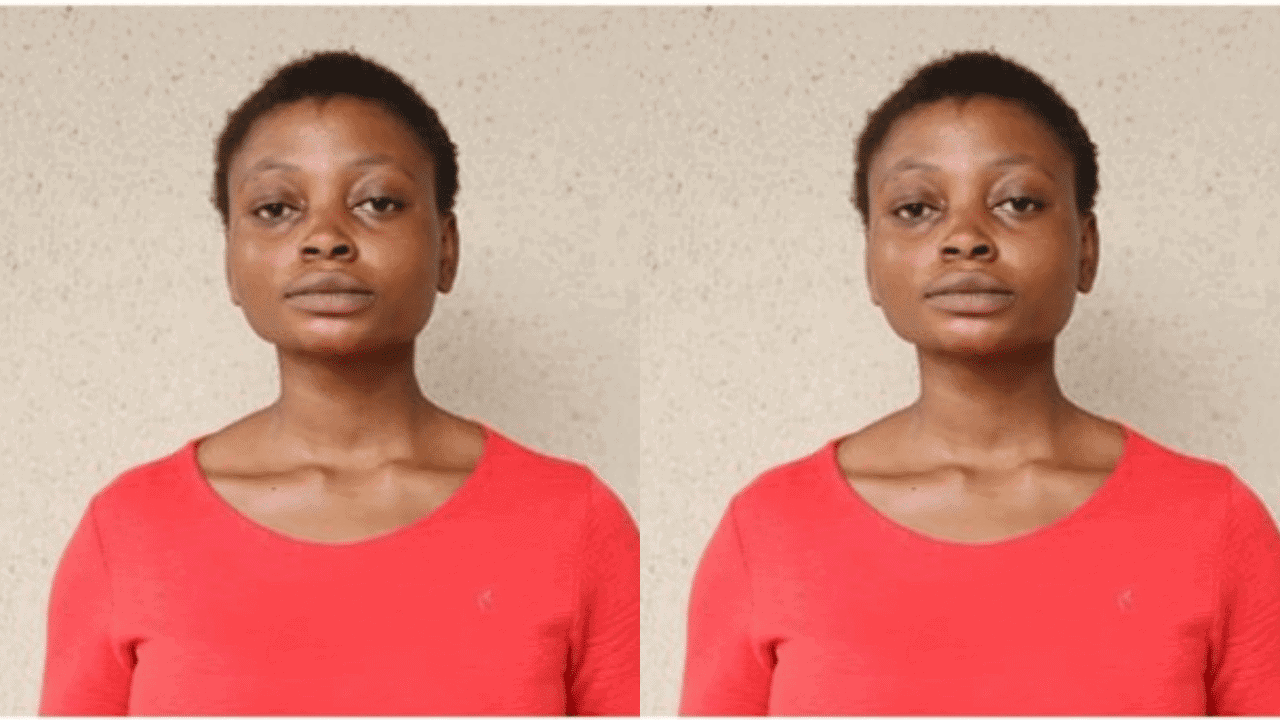 A 19-year old girl, Margaret Adiya Ikumu, from, Benue State, has been arrested by the Lagos State Police command, for faking her death on Social media, has revealed that she took the action because of her mother.

According to her: “I created the Facebook account and posted my obituary with intent to keep my family away from me because my mother was putting financial pressure on me.

She is constantly demanding that I send money to her. I am bitter with my mother and uncles, over their inability to sponsor my education after the death of my father.

My sojourn to Lagos is to work, save some money and return to school. To make my obituary look real, I used the picture of the daughter of my employer, Dr Nimechi Ugorji (without her knowledge), as the profile picture of the fake Facebook account.”

However, trouble started when Margaret’s Uncle, Tony Iji, saw the Facebook post and downloaded the profile picture and reposted, calling on members of the public who know the person on the photograph to report to the nearest Police Station.

Sequel to the petition, the police swung into an investigation where they discovered that Margaret is alive and working as a housemaid in an estate at Ajah.

While speaking to newsmen, her uncle said: “Our attention was drawn to a post on Facebook stating that Margaret died a few days ago and was secretly buried by her two friends Marvelous Mary and Nneka Buddy at Ajah area.

Later, we were able to establish contact with the said friends who confirmed that Margaret is dead and that she instructed them not to allow members of her family know and authorised them to secretly bury her.

To make us believe, her friends sent a picture of a casket showing that Margaret had been buried. We also got in in touch with a man who claimed to be her boyfriend. He corroborated the claim that she is dead.”