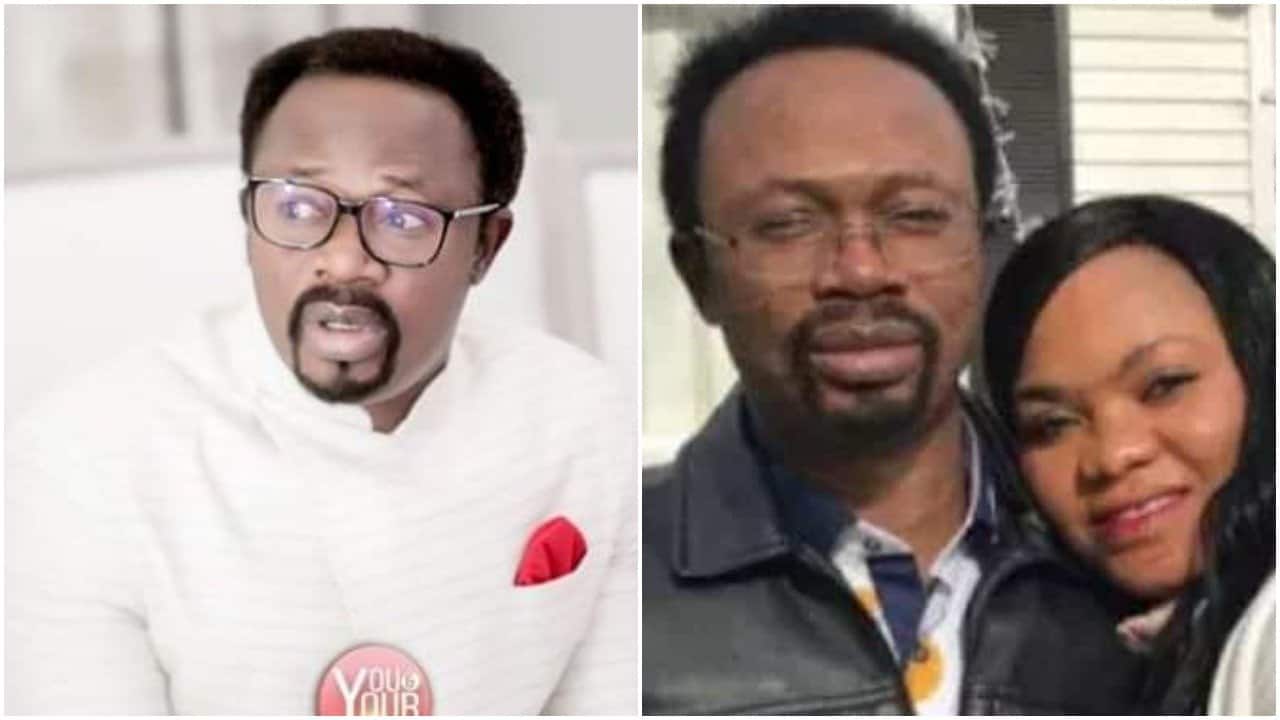 A year after the marital imbroglio between Abuja-based pastor, Joshua Iginla and his wife, Yemisi, became public; new report says the couple has divorced legally.

It will be recalled that the founding pastor of the Champions Royal Assembly, Bro. Joshua Iginla, had taken to social media in 2019 and announced to a shocked congregation the ills of his marriage to Yemisi, who had three children for him.

Citing infidelity among other issues that the couple didn’t reveal, Pastor Iginla renounced his marital vows with Yemisi before his large congregation and reiterated that he would never go back to her.

Though Yemisi responded to some of the allegations, she didn’t hide the fact that a South African prophetess, Prophetess Stella, was the hand behind her marriage crash.

Kemiashefonlovehaven gathered that the Pastor, who is known for his giving nature and benevolence to many Nollywood celebrities and other Nigerians, has moved on with his new wife, Prophetess Stella.

“He is happy with his new life and he has moved on. He has finally divorced his wife over infidelity and has moved on permanently with his new wife prophetess Stella whom we learnt has been a source of peace and happiness to him,” sources told Kemi Ashefon.