Nollywood actress, Omotola Jalade-Ekeinde has stated that the plane that flew the Chinese doctors from Nigeria back to China was piloted by her husband.

The actress shared pictures showing captain Ekeinde and some other staff of the aircraft before the flight took off.

She wrote: “Is this the New Normal? #TheCaptain went on his first Flight today in 2 months! Those are the Chinese ppl that flew in some time ago leaving! Not sure how to feel”.

'I am off to party, i can't come and kill myself' - Actress, Omotola Jalade threatens

The Chinese doctors arrived in Nigeria a few weeks ago to help the country battle against COVID-19.

A few days ago, Omotola corrected a notion by a troll who stated that the continent of Africa has failed.

@Alhaji_sadiq wrote: “No disrespect to you queen but what are we really celebrating? this continent has FAILed us all and still failing till date”.

In response, Omotola shifted the blame on the leaders and the people for not demanding for good management of the continent.

She wrote: “The continent isn’t the one that has failed. It is rich with Natural resources. It is the leaders and actually it’s followers for not demanding at all cost good management that has failed. However, Africa is beautiful. A Gift. We celebrate that”.

Ugly Tale of Angela Okorie's sexcapades with Lawmaker and wife

‘I want to annoy you for the rest of my life’ – OAP, Toolz Oniru tells husband on their 4th wedding anniversary

Few hours ago, popular media personality, Toolz Oniru-Demuren and her husband, Captain Tunde Demuren, took to social media to celebrate each other. Tunde was the first to drop a sweet message for Tools on his Instagram page. He wrote "4 Years don waka/ we still dey carry go/nobody go solo..Love you T #Tsquared4Eternity."

Toolz replied the post saying "Happy Anniversary papi!!! When we reach 5 years, i will buy you a plane....hmmm maybe 20 years sha."

Sharing a funny picture from their wedding, Toolz wrote "You're the only one I want to annoy for the rest of my life ..Happy Anniversary Daddy Chairman! Love you fierce!

In celebration of his first 365 days in office, Governor Babajide Sanwo-Olu of Lagos State has listed the achievements recorded in the state.

In a statement on Twitter, Sanwo-Olu stated that Lagos has recorded strides in education, security, environment, healthcare, housing, infrastructure etc.

The governor also revealed that he remains "committed to the work and to sustaining this drive" towards achieving the Lagos dreamed of.

He said, "365 days ago, I began my journey as the Executive Governor of the Centre of Excellence and the 5th largest economy in Africa.

"Exactly one year ago, I made a solemn promise before God and all to faithfully serve the people of Lagos.

"We have a long journey of growth...

Cardi B and Tomi Lahren clash over protest in Minnesota 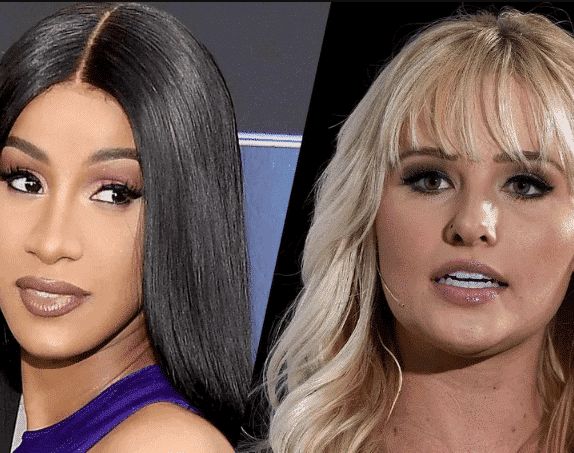 Rapper Cardi B has clashed with American commentator Tomi Lahren over the protests rocking Minnesota in reaction to the death of George Floyd.

Floyd is believed to have been killed by four cops due to the way they handled him while trying to restrain him for arrest.

This has led to a spark of protests in Minnesota which has resulted in the looting of shops and stores in neighbourhoods.

Tomi Lahren tweeted: "How does looting, rioting and destroying your OWN community bring justice for anyone?"

Cardi B reacted: "How does targeting, profilin,beating and murdering black men with no consequence equal serving and protecting? Who’s giving them justice and trust on cops ? Mind your business and eat your salad!"