The holy father of the Catholic Church, Pope Francis today called for urgent prayer for Nigeria to avert every form of violence...
Read more
Home Life & Style My Benin girlfriend threatened to lock me in a bottle if i...
Facebook
Twitter
Pinterest
WhatsApp 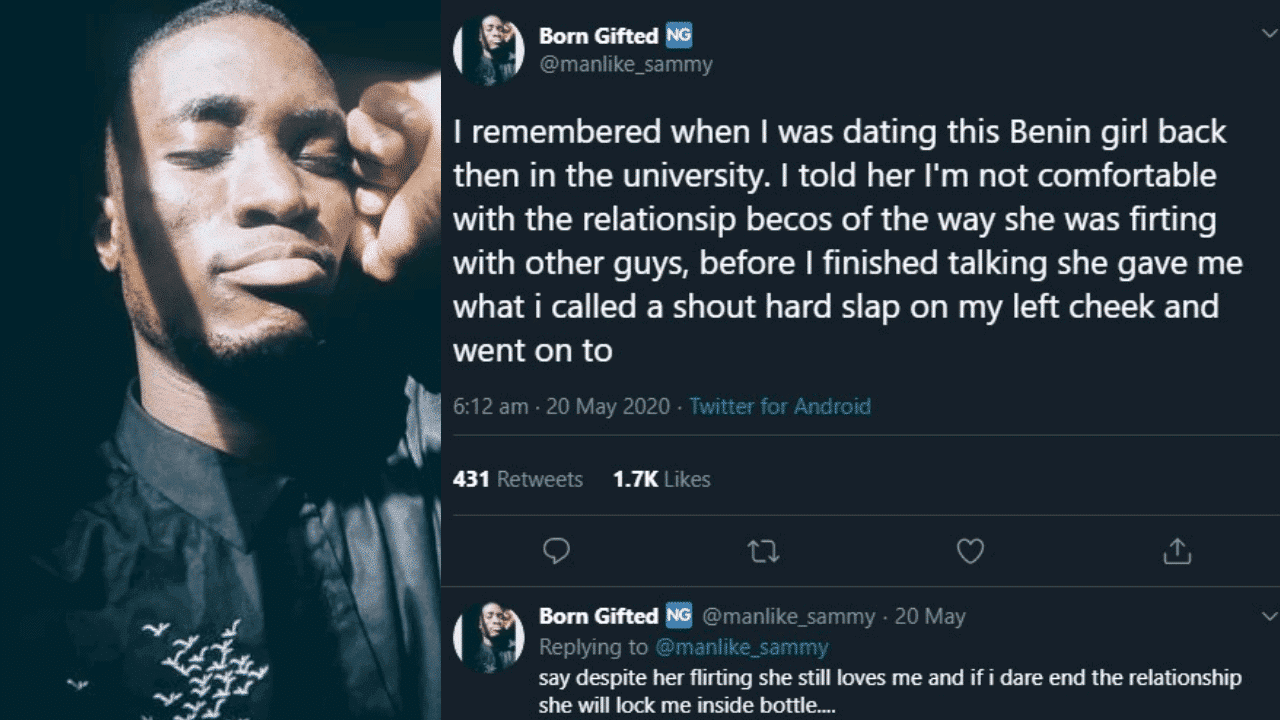 A scared Nigerian boy has taken to micro blogging platform, Twitter to open up on how his girlfriend threatened to lock him in a bottle.

The boy identified as “Manlike_sammy” recounted his experience with his girlfriend who hails from Benin, Nigeria after he confronted her.

“Manlike_sammy”, said in a tweet that the lady “whom he dated while in the university” was being flirtatious and when he tried airing his grouse to her, she didn’t let him finish before she dropped a hot slap on his cheek.

He went on to reveal that the girl —who is now his ex— had at the time, also threatened to lock him in a bottle if he dares breakup because of the situation.

“I remembered when I was dating this Benin girl back then in the university. I told her I’m not comfortable with the relationship becos of the way she was flirting with other guys, before I finished talking she gave me what i called a shout hard slap on my left cheek and went on to say despite her flirting she still loves me and if i dare end the relationship she will lock me inside bottle.” He wrote