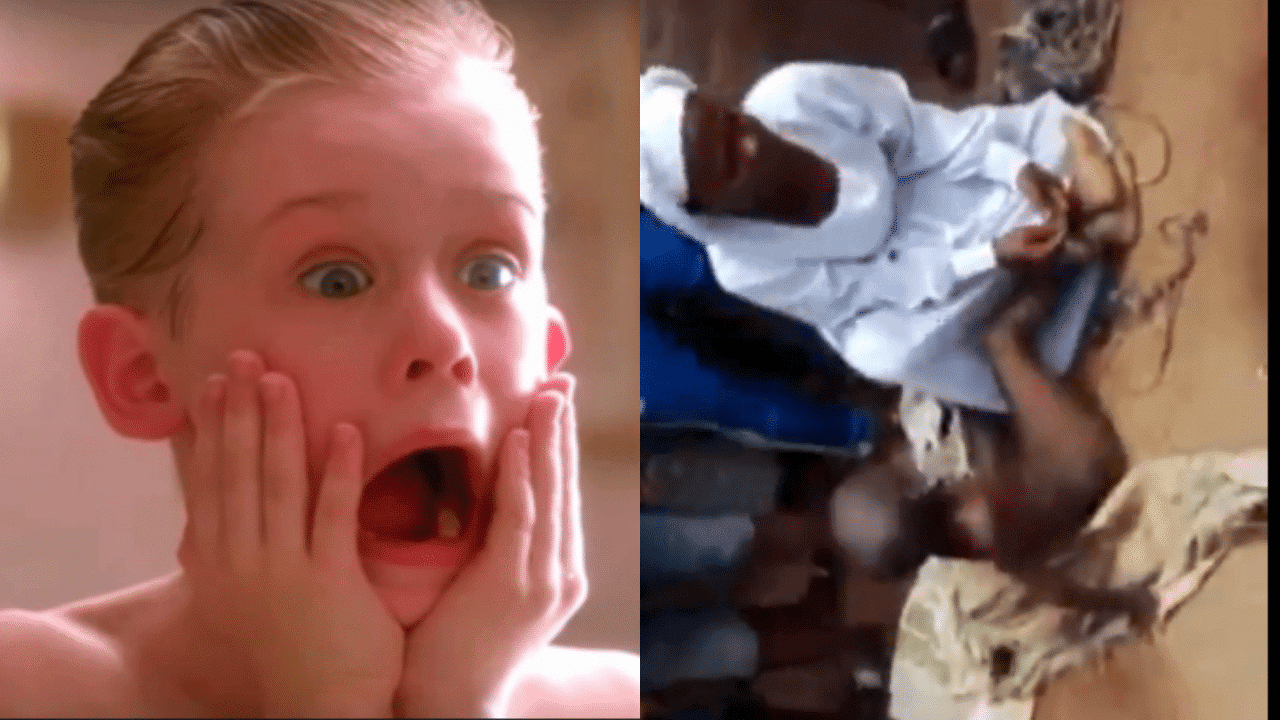 A woman is trending online for tying her son in sack for four days over allegation of being possessed with Evil spirits.

In the now viral video, the woman is seen wearing white garment as she ties her 10 years old son harder in sacks.

When confronted as to why she did that, she replied that he is possessed by evil spirits.

The sad incident reportedly happened in in Osogbo, Osun state on Sunday May 17.

Hit play below to watch the video…

In the now viral video, onlookers tried to beat her but the woman is seen fighting back, showing no remorse for her action.