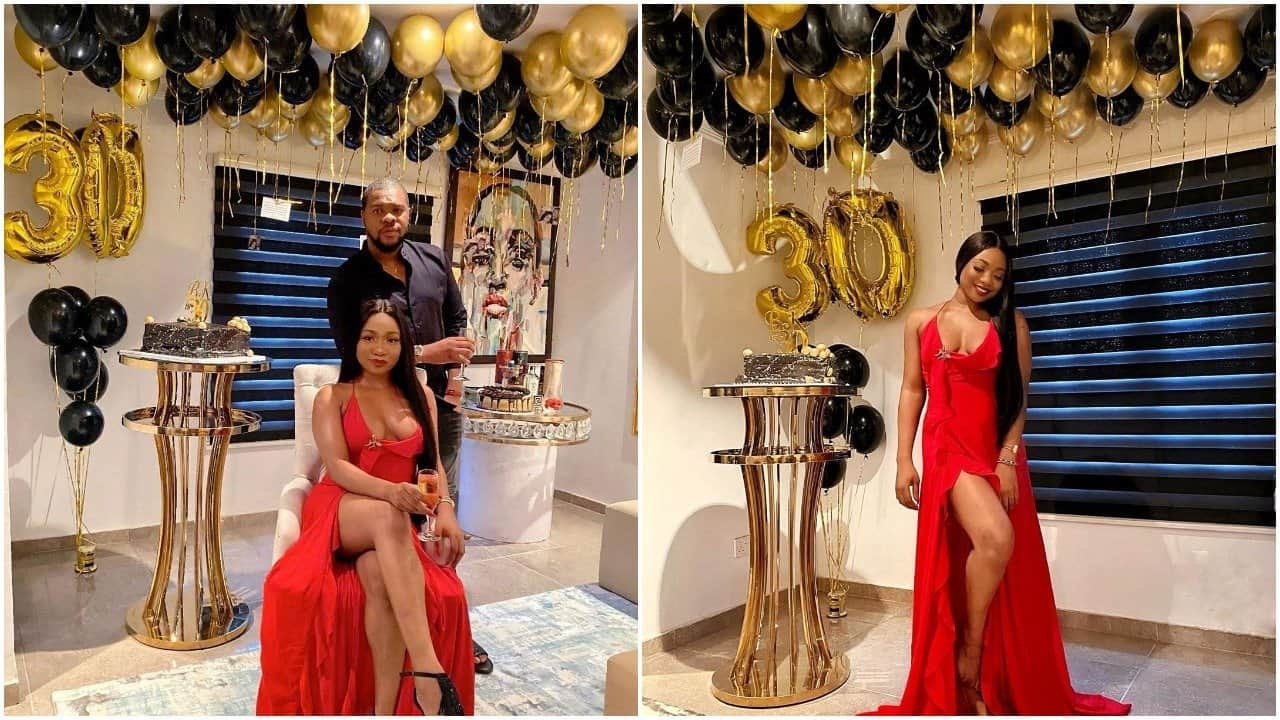 The singer took to her Instagram to share some photos from the party with sweet words. She wrote:

The love of my life is 30 I definitely can’t keep calm .

Before the pandemic I had this big event planned out but God had other plans .. but i thank you for making it special .

A while ago, 29 year-old Mocheddah recalled how she fell in love with her husband in just four days.

MoCheddah said she had known he was the one as soon as she heard his voice on the phone.

She said: “We met through Osagie. Osagie was managing Wizkid at that point and she came to me and was like, there is this guy I want you to meet, and she says his name and shows me his photos from facebook.

“After he got her number from Osagie, he did not call her until ater three months.

“This dude didn’t call me until like after 3months but i didn’t care because I wasn’t interested in meeting him. “

According to her, she fell in love with Bukunyi as soon as he placed a call to her.

“He calls me and i’m like wow, the dude has got a nice voice. When he called me, he knew what he wanted, he went straight to the point, he was so mature, and natural and i fell for him.

“Immediately after the call, I told my younger sister that damn, i have found my husband.

“He ddnt even really ask me out. We started dating like 4 days after, infact I told him I love you like six days after we met.

“After like a month of us seeing each other, I had to ask him, what was going on with us and he says, you are my girlfriend and i could never have been happier. I was telling the whole world i have a boyfriend. He was my first boyfriend and i’m glad i married my first.”

You would recall that the wedding ceremony was a very private one with a few friends and family members.