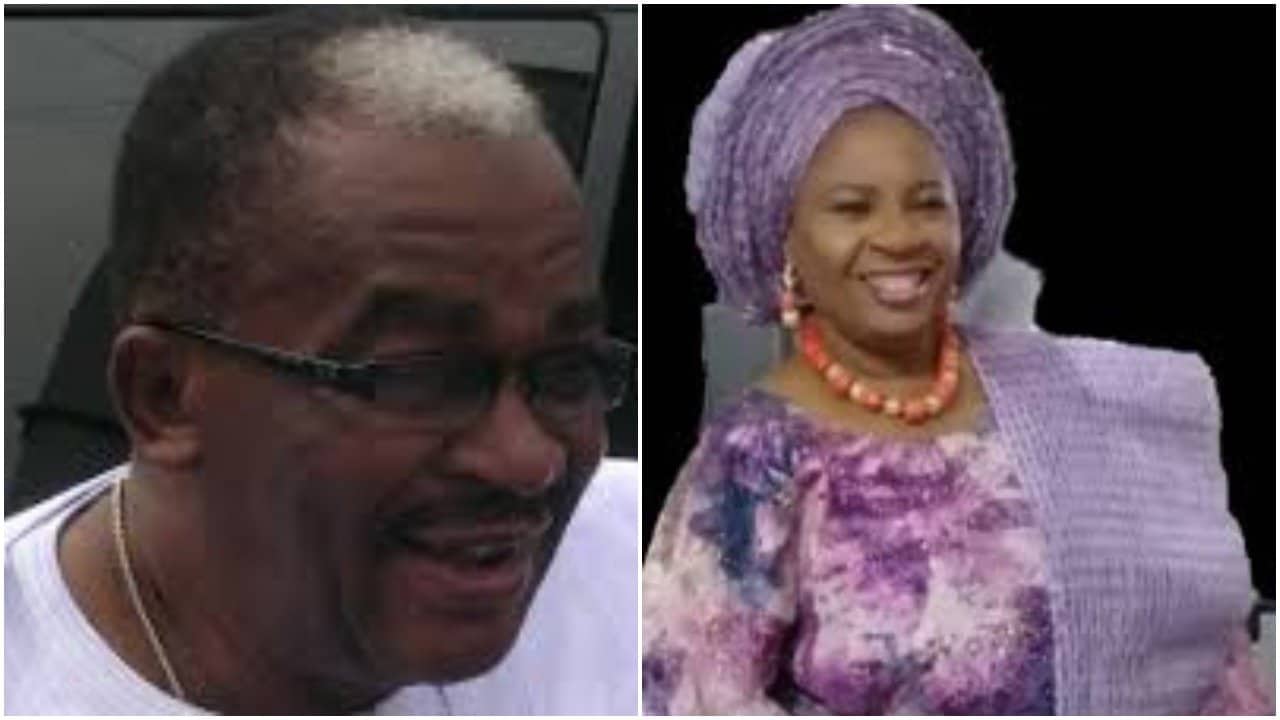 Folashade, a 66-year old younger wife of retired Lieutenant General Oladipo Diya was diagnosed and confirmed dead of Coronavirus pandemic following a possible infection of the Diyas by some of their domestic staff.

It was gathered that the 70-year old elder wife of the former Nigeria’s Chief of General Staff, Josephine, who was mistaken for Shade and reported to have died by some social media news platforms, is down with the virus and has been quarantined at one of the Isolation centres in Lagos.

Also, some domestic staff and family members of the Diyas, have been quarantined as a result of COVID-19 diagnosis carried out on them which proved positive but retired General Diya’s COVID-19 diagnosis was said to be negative and he has since been put under a serious clinical observation and care.

Confirming the sudden death of Shade, Olawale Adekoya, Special Adviser on Media and Strategy of the retired General, said, “Deborah Folashade Diya (JP), who was the second wife of the former number two citizen during the late General Sanni Abacha’s regime, died on Monday barely few days to her 66 years birthday.”

Although the press release signed and made available to the journalists on the demise of Shade was silent on the cause of her death, an impeccable source told our Correspondent that Shade had been battling with high blood pressure and had been sick before now which made her more susceptible to COVID-19 death due to underlying health challenge.

“Madam Deborah Folashade Diya was preparing and looking forward to her 66th birthday celebration on May 23rd 2020 (this week). But as man proposes, God disposes; six days ago, she took ill and was taken to the hospital, where she took her last breath on Monday, May 18”, the press release quoted the retired General’s media aide, Adekoya.

In a related development, the eldest son of retired General Diya, Oyewole Babafemi, has debunked the death rumour being peddled against his mother, Josephine, saying the Septuagenarian mother is alive.

“The attention of the family of His Excellency Gen. Oladipo Diya (Rtd) GCON, MNI, has been drawn to a social media story concerning the elder wife of the retired Army General, Elder (Chief) Mrs Josephine Diya.

For the avoidance of doubt, Chief( Mrs) Josephine Diya is well, alive and doing very well. She is at her Ikeja residence, as well as her husband His Excellency Lt.Gen. Oladipo Diya Rtd. The house is not deserted as touted in the social media report. Aides and family members are still on the premises.

“The information is grossly misleading and highly insensitive. It’s really unfortunate that a story was cooked using the picture of a 70-year-old woman to announce her purported death.

“However, Lt.Gen. Diya’s family is presently mourning the demise of another wife of the former Chief of General Staff; Otunba(Chief) Mrs.Deborah Folashade Diya, JP, aged 66 who passed on, on Monday 18th May 2020.

“This is to debunk the widespread social media report circulating and set the record straight. We are deeply saddened by our loss and presently mourning our wonderful wife, mother and grandmother.

“We pray the public to respect our grief and be left alone to mourn this great woman in peace.”