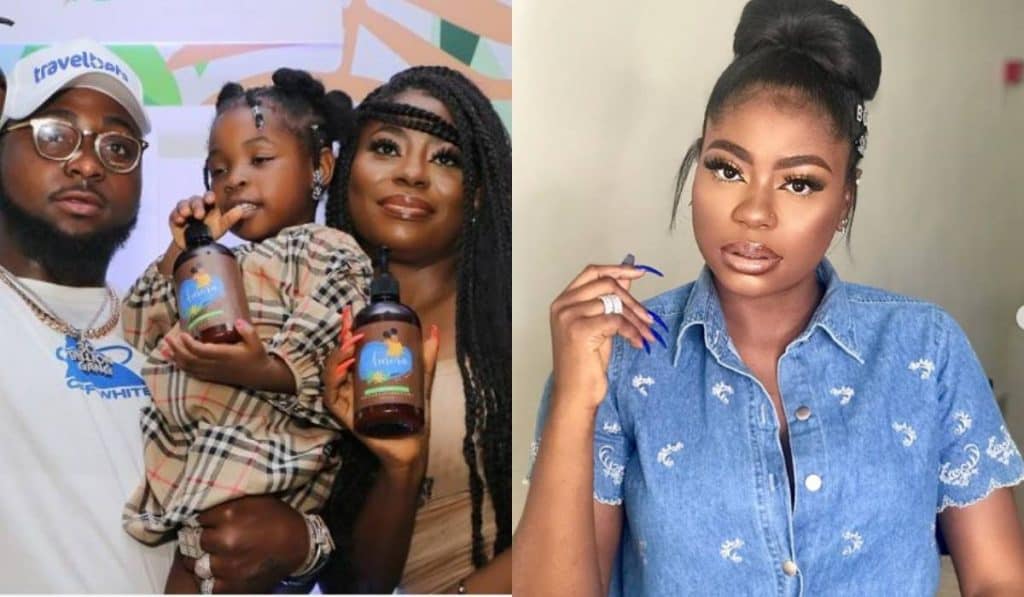 Davido’s baby mama, Sophia, has admitted on the thing she did right with the music star. Sophia made this known in the birthday message she wrote to her daughter, Imade on Instagram.

According to the mother of one, she and Davido did the right thing by birthing Imade.

Sharing lovely photos of her self and Imade took at the birthday celebration, Sophia wrote;
“@realimadeadeleke Happy Birthday angel of mine I love our love, it’s perfect! When it comes to you.. your dad & I DID THAT & that’s on period. #TheBig5”

I need a responsible man in my life - Peju Johnson

The Peoples Democratic Party, PDP, has asked the Economic and Financial Crime Commission, EFCC, to open an investigation into the N4.3bn which was found in a secret bank account by the Ondo State Government.

The PDP urged the anti-graft agency to investigate the lack of disclosure about the fund which the state government says has been pent.

The party also accused the Governor Rotimi Akeredolu administration of being economical with the truth.

According to Zadok Akintoye, the PDP spokesman, “If the funds were discovered as far back as February 2018, of what purpose and intent is the “revelation” as credited to the Commissioner for Information? How was the money accounted for in the records of state? If it was accounted as revenue earned, who was the consultant paid for...

The Association of Telephone, Cable TV and Internet Subscribers has kicked against a proposed plan by DSTV and GOTV to hike subscription prices in Nigeria.

According to the group, introducing a new tariff based on the Value Added Tax of 7.5 per cent is wrong and should only be based on the additional 2.5 per cent.

This is contained in a letter signed by the National President, ATCIS, Adesina Bilesanmi, and the Secretary to the Board of Trustees, Mrs Loris Anger.

It reads in part: “We write on behalf of Board of Trustees, Elders Forum, Executives and entire members with over 185 million subscribers drawn from the six geopolitical zones.

“The above-named association, wish to notify you that, we say no to increase...

The founder of DAAR Communications, Raymond Dokpesi has stated that he was nursed back to health with malaria drugs after testing positive for COVID-19.

Dokpesi disclosed this while addressing newsmen days after he and his family were discharged from the Gwagwalada isolation center in Abuja where they were kept after testing positive for COVID-19.

He said: “I still have doubts in my mind and I need to be educated. What’s the difference between COVID-19 and malaria? Every drug we were given were malaria medications.

“A number of persons who tested positive were checked in reputable labs, hospitals in Abuja and were found to have malaria parasites in their bloodstreams. When did malaria become synonymous with COVID-19?”

Dokpesi stated this after his son...