Apart from having a photo shoot session with his wife, kids and grand daughter, Mike Bamiloye is celebrating by sharing an inspiring story with his followers online.

According to him, despite how famous they became in 1992 after the release of their hit movie, Agbara Nla, he and his family members were starving.

Read his story below and be inspired:

In the Year 1992,
While Working on the Script of AGBARA NLA.
I was in His presence,
Writing the Script as He poured it into my spirit.
Then I got to a point in the Story,
And I could not write further.
When I got to the scene of BOSE Coming across her Boss in her Office called Paulina.

At that point of the Script,
I got stucked.
I could not write any further.
Much as I tried to think of what next in the story,
My mind went blank.
I didn’t know what next to write.
Bose met her boss in the office, and she called herself Paulina.
Then what next?

I didn’t know.
For some hours ,
I didn’t know what to write.
As I prayed further with frustration, I heard His Voice plainly in my heart:
“PROMISE ME ALL THE GLORY,
AND I WILL GIVE YOU THE STORY!”

So I knelt down right there,
And I promised Him.
I made a Covenant with Him.
“LORD JESUS CHRIST,
I MAKE A COVENANT WITH YOU TODAY.
IF YOU GIVE ME ALL THE STORY, I WILL GIVE YOU ALL THE GLORY!”

And that was it!
GBAM! The door of Secret place of Darkness secrets opened up to me!
I was writing the Script as if I was watching a Movie.
I was seeing the Secret of Paulina.
I saw that she was from the Marine Kingdom.
I saw that she had a Palace in the sea.
I saw how she took Bose into the Marine World through the Wardrobe in her bedroom.
I saw the Mark on her forehead, through which she was being controlled.

I saw further.
The dark secrets of Familiar Spirits, the Emeres, the Witches, the Wizards, the Occult World of Darkness in the Forest.

After the Script,
The Lord gathered us together in one village and we shot the Movie.
It was a Pastor who donated N5000 for us to deposit for the Camera and equipment to shoot the movie, AGBARA NLA.
The following year,
The Lord commanded me to
Go back and rewrite the entire Script in English, so that the message could spread across English speaking places.
In 1994, we were back on film location to shoot “THE ULTIMATE POWER”

Then, there was another crises.

When the movies began to trend on TV, in the whole of the Western Region states and it created an artificial Curfew,
and the English Version began to trend in the East and South and all over,
And about five Movie Marketers were selling the movies all over and refused to give us anything.

The movies were trending all over the place.
We could not even move freely in the market without being mobbed.
And the Marketers were distributing the movies everywhere,
We were all starving back at home.
All of us in our ministry,
With all our children, looking for what to eat.
The Marketers merely gave us a very little amount that could not sustain us.

Nengi finally opens up on her real age, provides proof

Then, I became worried and angry.
I went to God and asked questions.
Why God? Why? Why? Why?
We were famous,
But we were starving.

After some time,
He spoke again!
“I NEVER SAID I WOULD MAKE YOU RICH THROUGH THESE MOVIES “AGBARA-NLA”
BUT I WILL GIVE YOU “NAME!”

Ah-aaa!
That was it!
Then He gave me a Verse of the Scripture:
Proverbs 22:1 NKJV
“A good name is to be chosen rather than great riches, Loving favor rather than silver and gold.”

UP till today, wherever we travelled to all over,
We came across people whose lives have been touched and blessed through these movies.
His favours encompass us.

His Love has guided us all in Mount Zion.
His Covenant for us all in the Ministry have ordered our steps.
He is the same,
Yesterday, today and forever.

He said AS LONG AS WE SEEK HIM, HE WOULD MEET ALL OUR NEEDS.
And He has never failed since then.

Kemi Filani News recalls that founder of the Mount Zion film ministries, Mike Bamiloye is set to release a new movie titled ‘The train’ which chronicles his true life story. 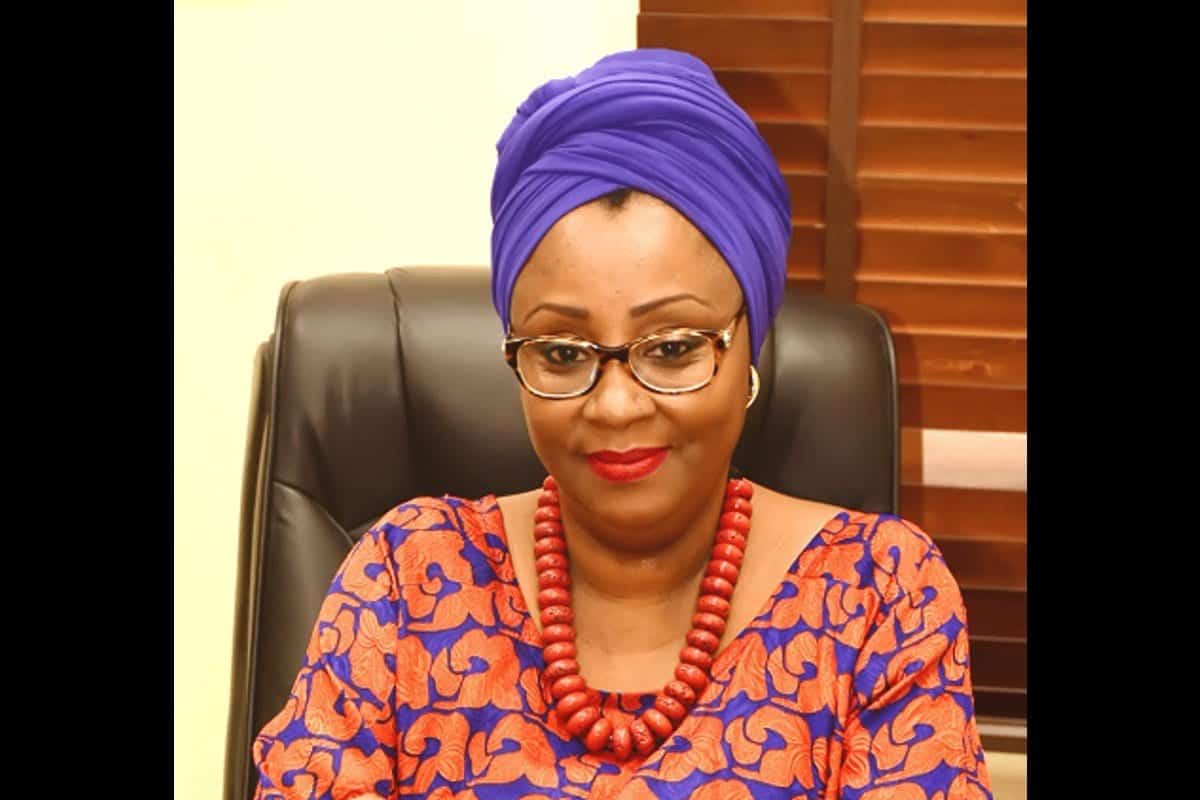 Hadiza Isma El-Rufai, wife to Governor Nasir El-rufai, has denied an allegation that her son Bello threatened to gang-rape her Twitter user's mother.

It all started after a Twitter user by the handle @Thanos_zer attacked President Buhari whom he described as inept. He also called Bello a “Daddy boy, saying, “I don’t shield anyone who’s inept. I can’t say the same about you. You’re Daddy’s boy and of course, nobody attacks the finger that feeds them. Buhari’s ineptitude is mind-blowing. Yes, I said and you’re not going to make me disappear. ”

His word must have angered Bello who responded with words attacking the Twitter user's mother.

He wrote: “This Daddy’s boy has heard your mother ability to take dick is mind-blowing. Especially one dipped in Kerosene from...

In the pictures shared on Instagram moments ago, Toyin's husband and son who is growing very fast, were seen rocking a matching outfit .

Both men wore a blue pair of Jean and a white top. Toyin's son, Ire, spiced up his outfit by using a suspender, and wearing a white and blue shoe.

Toyin who has refused to show her baby's face on social media took a picture of his back view instead. 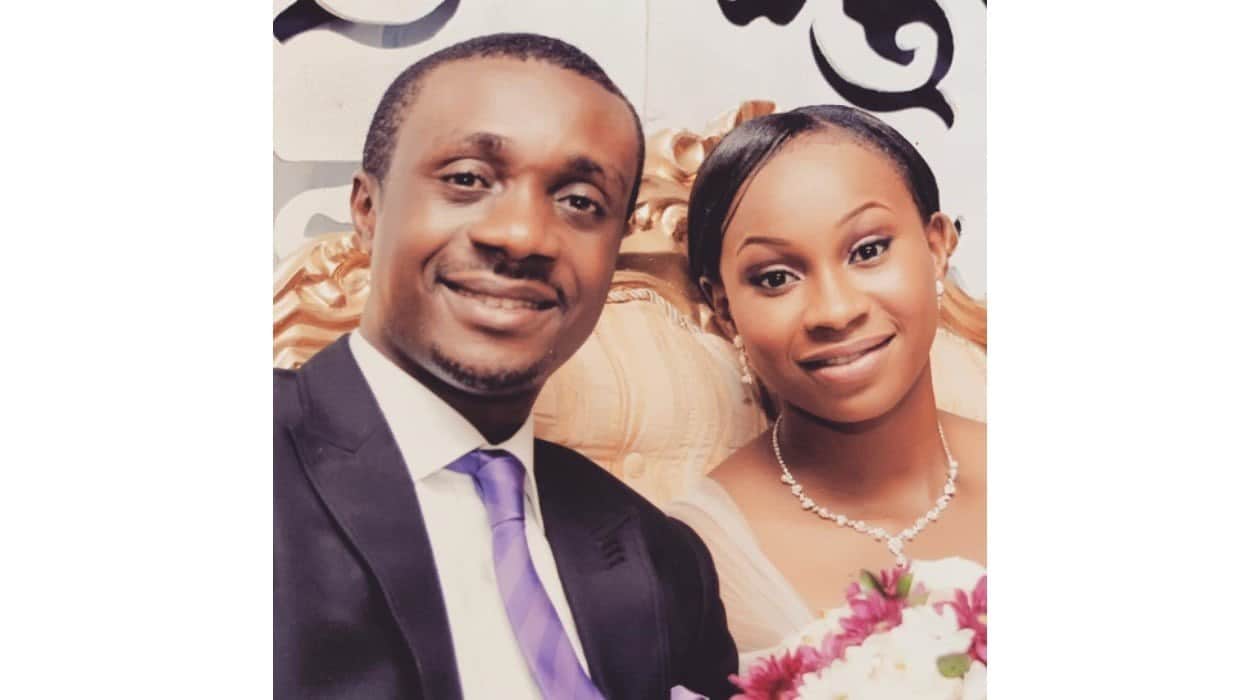 Gospel singer, Nathaniel Bassey and wife, Sara have been happily married for 7 years now and blessed with two beautiful kids.

Celebrating their 7th wedding anniversary today, Nathaniel Bassey told a beautiful story of how their paths crossed 12 years ago.

"About 12 years ago I met her. Went on a ministry assignment to Eket Akwa Ibom State. She was assigned to protocol the woman of God @bemighoomayuku I was ministering with. Not knowing she left her spiritual responsibility to desire this guest music minister 😎😂 (Just kidding).

Anyway, long story short, She agreed to marry me. And there was nothing in the material to motivate her. Well, I remember telling her “I love God, and I work hard, and if you agree to marry me, I’ll take you...