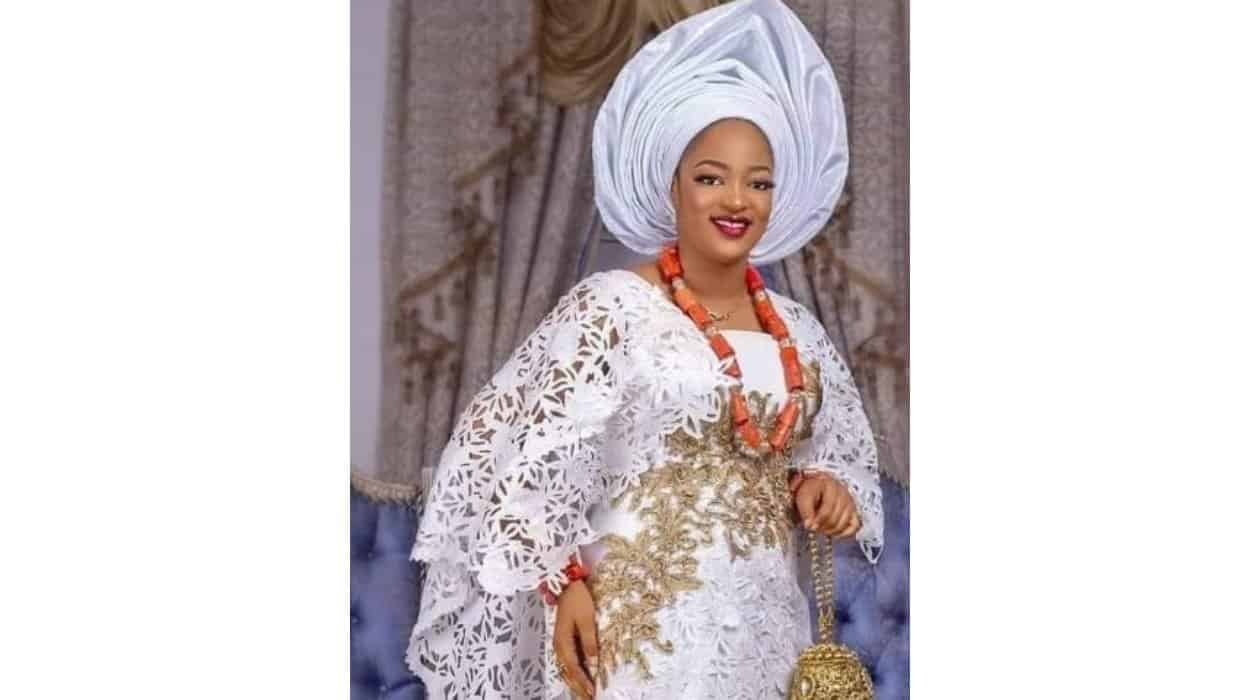 Oloori Morenike Naomi Silekunola Ogunwusi, the Queen of the Ooni of Ife, Oba Adeyeye Ogunwusi, Oloori is now 27 has released some photos to mark it.

Quite fashionable, she has succeeded in transforming her modest nature into the elegance of royalty. Not a lover of bright hues, she constantly wears white but still embraces other colours.

Elegant with graceful gait, the new queen, a prophetess, is the Founder/President of En-Heralds, an interdenominational ministry based in Akure, Ondo State.

According to palace sources, the young Naomi was a visitor to one of the resorts built by the monarch in Ile Ife.

“She must have come for a spiritual rejuvenation exercise and met with a prominent woman of God, who is based in the United Kingdom who later introduced her to the king. She (the prophetess) is good at match-making couples and has helped with some celebrities whose marriages have crashed, to get new spouses.

“Her recommendation worked and Kabiesi Ogunwusi fell in love with Naomi’s youthfulness and spirituality,” sources said.

Naomi is said to have started public ministry at the age of 18 and became a full time evangelist in October 2011. She is a singer with a passion for youths empowerment.

Her mum, who is  also a prophetess, is as fashionable as her daughter. Always dressed in white too, you can hardly decipher who gave birth to who between the gorgeous duo.

According to palace sources, she cooperated with all that she was instructed to do as the queen and went through traditional marriage cleansing rites.

“The queen of the cradle of Yoruba land cannot ignore certain rites. It was the blood of an animal used for the cleansing and she walked on it into the palace. This isn’t strange because her predecessor, Queen Wuraola, did it when she was brought in from her father’s house in Benin. Any wife of the king must undertake this rite. It was blood used and not Osun (camwood),” sources said.

Little wonder an elated monarch, who made the announcement through his social media platforms in 2018, praised her for her beauty, uniqueness and royal qualities and most especially, the fear of God she has.

He stated: “I waited patiently upon the Almighty the King of kings, he eventually did it in the midst of many trials. Silekunola, Moronke, Naomi; the greatest Arsenal you can apply on this highly revered throne with many rules and regulations in the midst of undiluted tradition, heritage and culture is the ‘Fear of God in You’, which is the beginning of your wisdom on this throne of Oduduwa.

“You are welcome home my beautiful and adorable queen.’’

Singer, Runtown blasts every Nigerian planning to runaway from the country

Falz ready to die for a better Nigeria