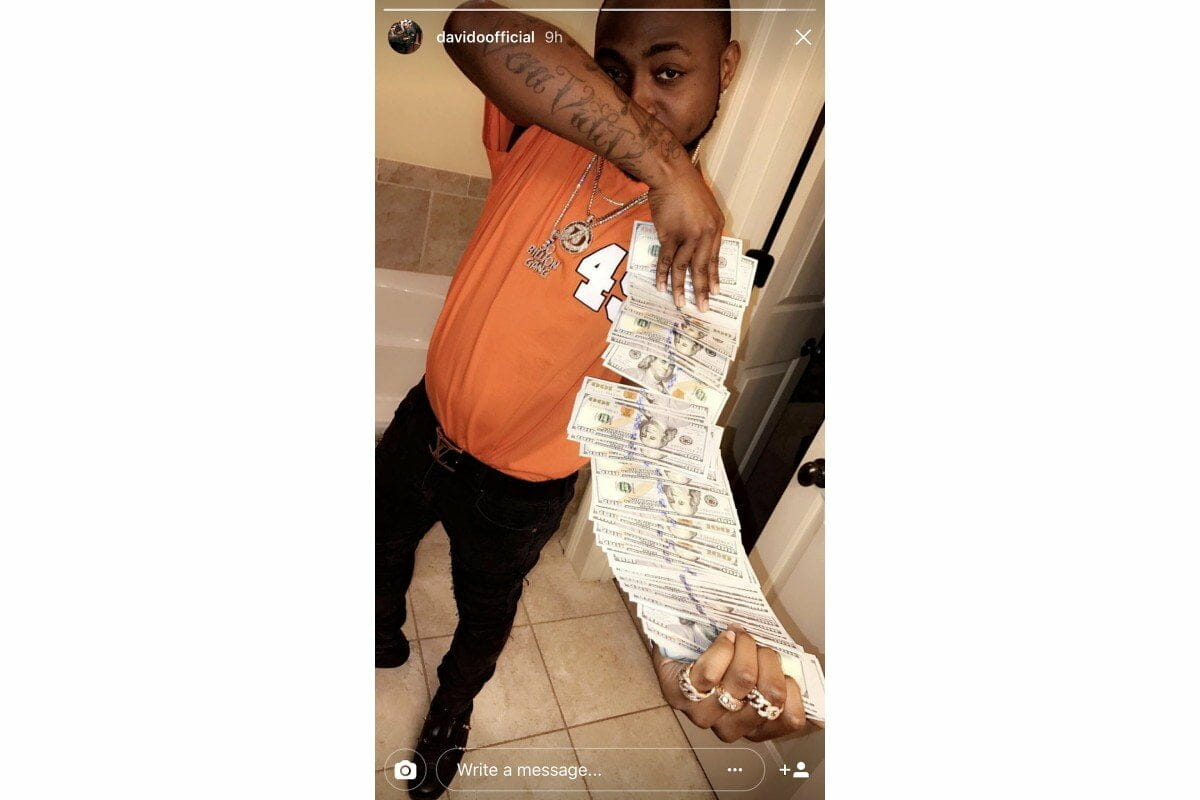 One would have thought omo baba olowo crooner actually had up to 30 billion in his bank account considering the kind of person he is and how he flaunts his luxurious lifestyle.

Well, Davido has come out to confess that he has never had that much money. He made this confession on twitter when one of his fans asked him to do giveaway. The father of three replied saying he does not have money now. When asked if his 30 billion had finished, Davido replied saying he never had it.

Recall that few days ago, the 27 year old complained bitterly about how the lock down situation is affecting his bank account. Davido mentioned that the coronavirus spread and prevention method is really messing up with his bags.

In his words “This shit really fuckin up da bags”