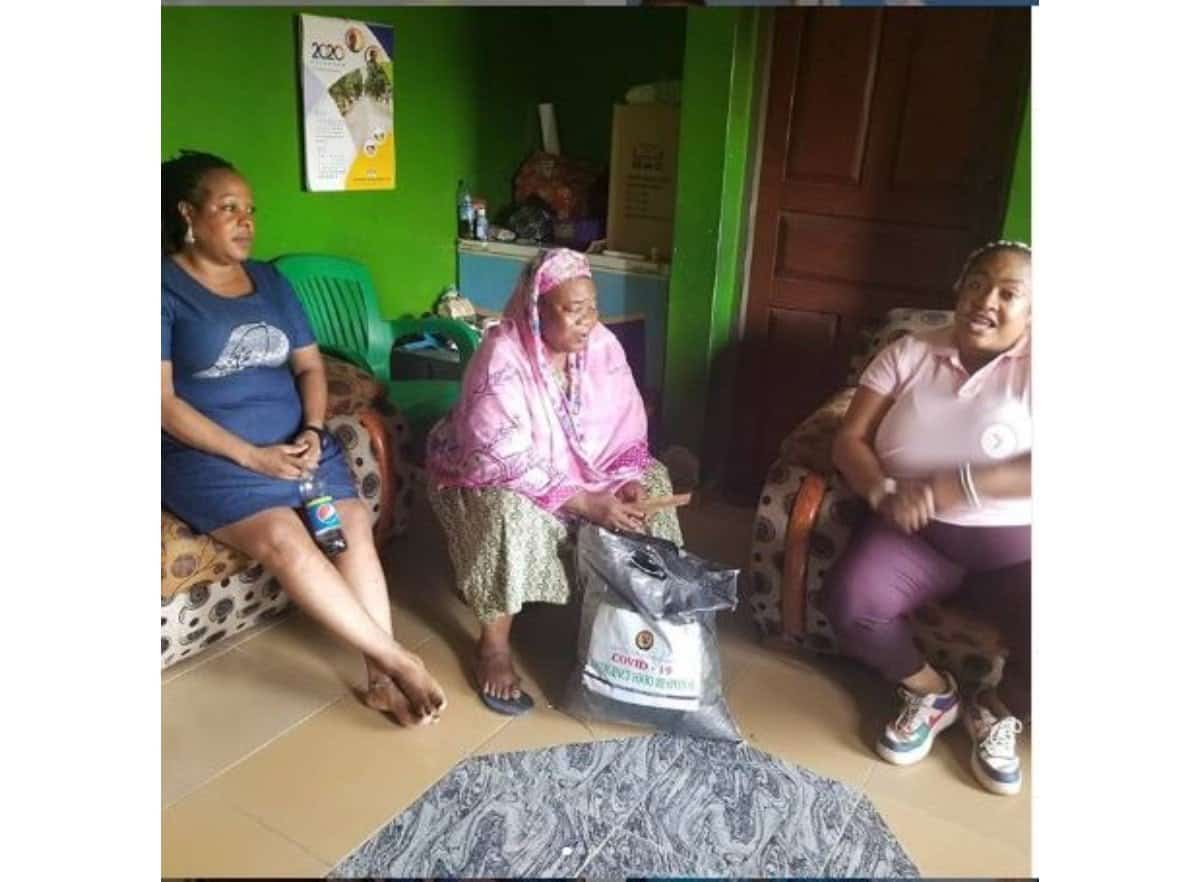 New photos of veteran actress Lanre Hassan, popularly known as Iya Awero have surfaced online and fans are worried about her aged look in the photos.

The photos were shared by actress Foluke Daramola who paid her a visit during the week to give her a share of the Lagos state relief for veterans amidst the lockdown in the state.

“Went with my crew to visit one our veterans, maami iya awero, we had a nice time with her. Special thanks to @lagosstategovernment ,precisely the ministry of agriculture lagos state….thanx so much for the food u are giving @paraafrica for our veterans we appreciate u immensely” Foluke captioned the photos.

Responding to the kind gesture, fans not only asked after the well being of the veteran actress but pray for her health.

One of them asked “hope she is doing well in health….may she not fall sick!” while others responded with prayers for the veteran actress.