Popular Nollywood actress, Nkechi Blessing has given a rather hilarious response to an Instagram troll who put it to her that she bleached her skin.

It all started when the Nollywood actress posted a throwback photo of her self of when she was just getting into the movie game, different comments popped in for the post but one negative comment caught her eyes and she definitely gave it a response.

The troll had initially commented:

The Nkechi Blessing did the reply this way:

“Abeg why u dey waste time explain? Make he come beat me na or call police”

You can checkout the screenshot below:

But with the look of it, Nkechi Blessing didn’t say she did or didn’t bleach her skin but the comment could be read as she actually bleached her skin.

See the throwback photo she shared below:

In recent years, Nollywood actress and actors at times have been called out by their followers for allegedly bleaching their skin and most times this occurs when these celebrities share a throwback photos of themselves. 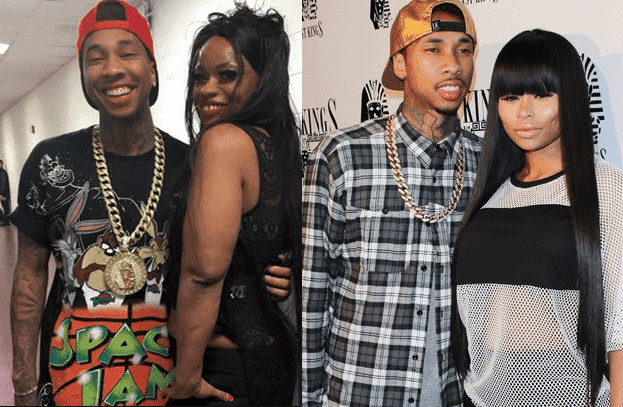 Tokyo Toni has wished for her daughter Blac Chyna and rapper Tyga to get back together again.

In an Instagram post, Tokyo Toni described the rapper who has a baby with Blac Chyna as the best father she has ever seen.

She shared on Instagram: ‘I love him so much!!!!!! Enough said The BEST FATHER I HAVE EVER SEN SINCE MINE…….This guy is my boo.. my buddy and my son in my head for real.

Always holding a spot in the heart. So much manners dignity class and honor. So smart cool fly and wise.. A great daddy a great son and friend. I just love me some Michael Stevenson kings daddy I LOVE YOU @tyga.’

Tokyo, who was upset with Tyga for leaving Black Chyna for Kylie Jenner went...

A 15 year old girl identified as Jo’Vianni Smith was reported to have committed suicide after she could not cope with the stay at home order given by the government in Carlifonia. Jo'Vianni was found dead inside her home where she hanged herself last week with no note.

Record net reported that a coach at Jo’Vianni’s school, Bear Creek High School said the cause of the death was due to the stresses and pressures from coping with the self-isolation caused by the COVID-19 pandemic.

Her mother, Danielle Hunt, also said she believes that stress from the health crisis may have played a role in her daughter’s death, according to the outlet.

In her words "I felt that I was doing all that I could as a parent to leave...

Davido shocks Christians on Easter Monday, says heaven is not for them alone

Singer Davido has sparked controversy on Easter Monday by shocking Christians with a claim that heaven is not for them alone.

In a tweet he shared, the father of three stated that a lot of non-Christians will make heaven

He wrote: "A lot of non-Christians will make heaven".

Below are some of the reactions to his post.

Iam_doctormayor: "I think so.. Because majority of the Christians are having one bad character that God don't want".

Afamdeluxo: "Mpa Ifeanyi, lots of non-Christians will make heaven more that the so-called Christians. It's a fact. Most of the guys are just religious people masquerading as Christians".