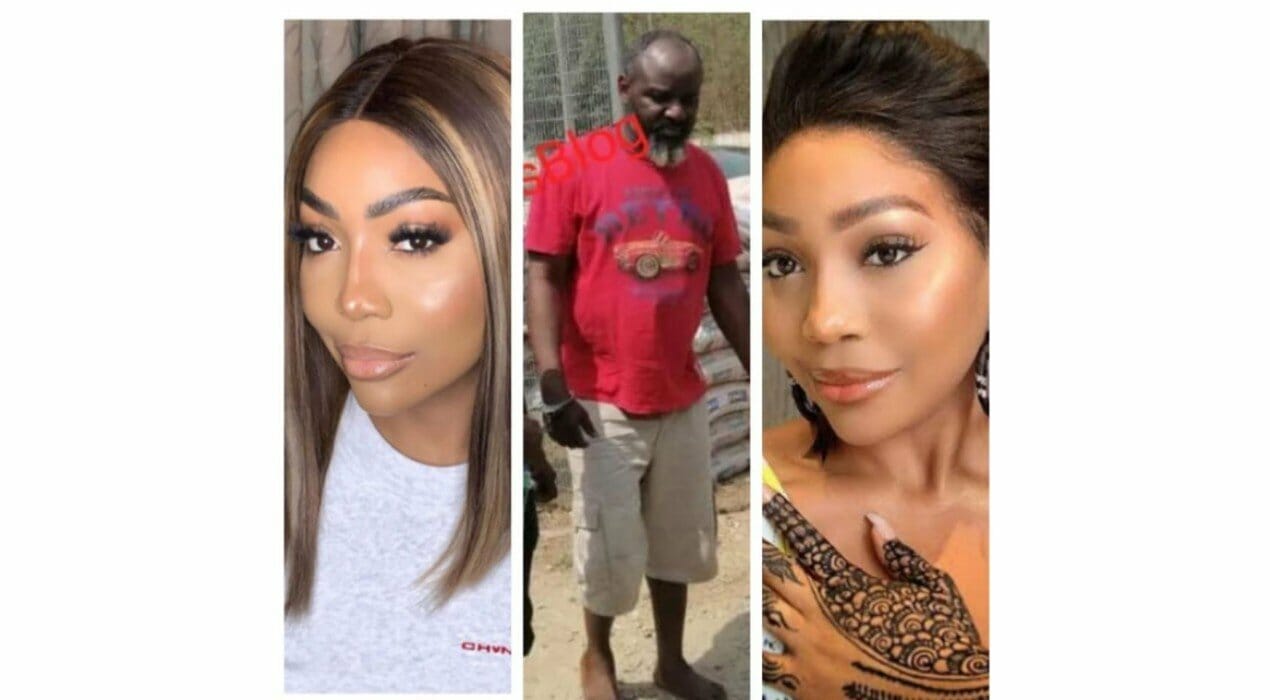 The last of the revelation between fashion entrepreneur, Yutee Rones, her circulated nude photos, her “friend” Kika Osunde Good Hair, and the bloggers who circulated the photo is yet to be seen.

After denying being the one who shared the nude photos to bloggers, Kika has also taken to social media to drop a disclaimer and reveal some “deep secrets” as to why Yutee Rones and her husband, Julius are “Blackmailing” her.

“It is pertinent to state that Julius and “Yutee” Utibe Rone have been investigating stories that were recently published on the blogs about their persons including naked pictures of Yutee in a party act. In the process, they have uncovered a lot of facts and information implicating themselves and their friends.

I can imagine that due to the shame and embarrassment and the desperate need to deviate the attention from their accusations they have unfortunately chosen to use me as a scape goat despite all that’s been revealed to them In the course of their investigation. (I.e. they are fully aware of the people that leaked their pictures / info).

I have absolutely nothing to do with the naked pictures circulating about Yutee nor the slandering of Julius and his sexual incapability.

My only “crime” here is haven been friends with a particular veteran journalist whom the said parties also maintain close relationships with along side many others for whatever purposes.

As a matter of fact, Yutee and Julius are trying to use me as a pawn to avoid fighting the real battle which has been going on for months between themselves and a much more influential / wealthy family whom I will not disclose just yet.

However, I REFUSE to be victimized by anyone regardless of his/ her status or the powers he/she wields.

They have paid multiple bloggers hefty sums to defame my character and created a fake warrant which the Nigerian police officials have angrily and vehemently denied as any personal / gossip issues should have been handled as a civil matter if worth the hassle.

It is actually very disheartening that in the wake of a global pandemic, the Nigerian government is being embarrassed by this couple all in a bid to deviate attention from their own messy dealings and avoid fighting the real giants they fear.

Out of respect for them I will not expose the dirty antiques that I have personally witnessed with them.

I hereby urge you both to do the honourable thing and stop this media war as well as your death threats because when I speak it will be followed with receipts.

Latest Nollywood father, actor, Ibrahim Chatta, has expressed his thoughts on acting homosexual roles in movies, he told The Punch “This is sensitive but it is the truth. I don’t like playing gay roles.  I cannot be touched by another man. I act roles of an herbalist but I cannot act the role of using my head to touch the ground in the name of ifa; not even for money. No amount of money will make me bow to any small god. I can only bow to Allah.”

The actor who last week, welcomed a baby girl also noted that though he would have loved to, he wasn’t in the labour room with his wife.

He said, “She was delivered of the baby at a hospital in Ibadan and I was on set...

The first coronavirus death has been confirmed in Ghana by the
Deputy Health Minister, Alex K. Abban in an interview on Citi TV on Saturday
evening.

Abban disclosed that the deceased is a male trader who
reported to a health facility in Kumasi with a fever and cough. He was
confirmed as a carrier of the virus on March 19, 2020.

“The information I got from the Director-General of the
Ghana Health Service is that, that person [the Lebanese man] has died. He died
today."

An update by the Ghana Health Service read;

Actor Blossom Chukwujekwu's former wife, Maureen Ezisi popularly known as Revigor has taken to Instagram to share a very hilarious conversation she had with her father when he tried to hook her up with a Canada-based man.

Maureen whose marriage to her actor husband recently crashed amidst controversies revealed in the chat that she has to play hard to get as the man appears wealthy.

See the conversation below...

Dad: There is this Man from Canada, he has been disturbing me about you
Me: Not interested! No way am moving to Canada
Dad: who says you shud move?
Me: Is he rich?😆
Dad: He sent a couple of pictures
Me: let me see *takes phone...