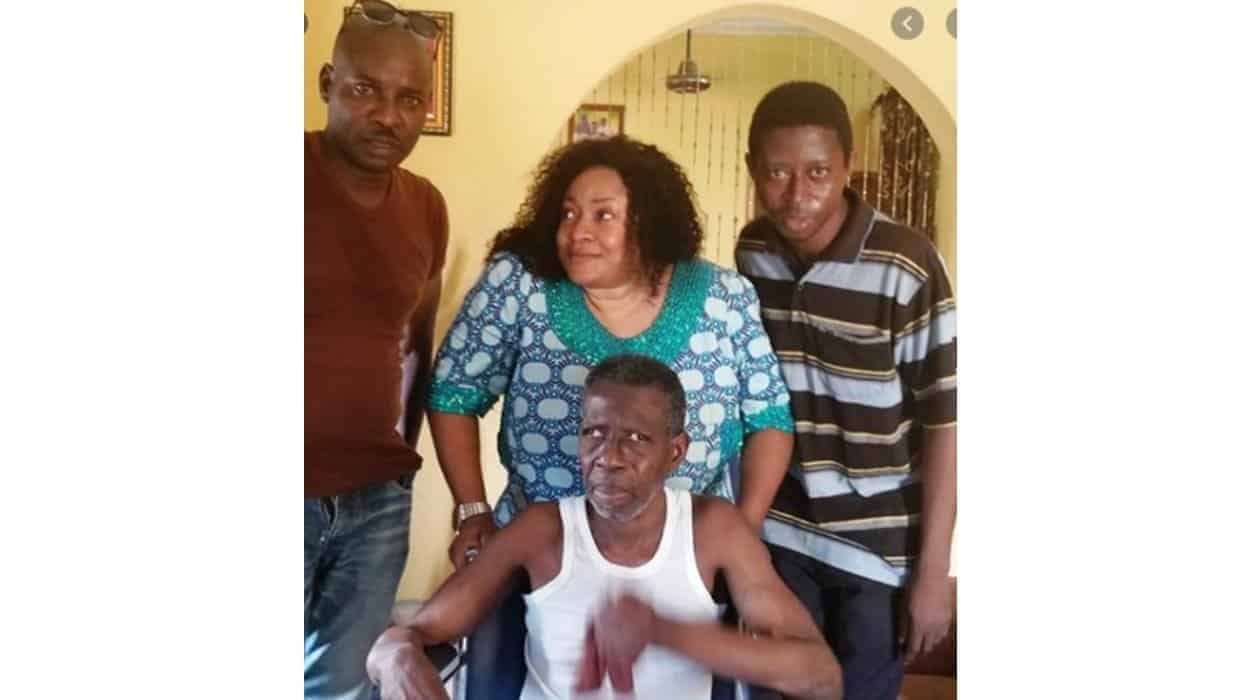 Kemi Filani News reported earlier that veteran and legendary Yoruba actor, Pa Kasumu Odumosu Kayode has died. According to reports, the aged thespian died in a hospital after an “illness”

Recall that in an interview with Punch last year (December), Pa Kasumu is quoted to have said his illness is spiritual. His health status became worrisome after a video showed his frail state and he called for prayers.

Pa Kasumu said, “For now, I don’t need any help. All I need is prayer. All I can say about my sickness is that it is spiritual. That’s why I said it requires prayer. I’m currently at a church camp for its annual congress. God should take care of me. I will stay at the camp till the congress ends.”

The actor, who has been absent from the movie scene since he fell ill 10 years ago, revealed that it was the first time he would seek spiritual help. He also dismissed reports that he is now totally blind. He said, “RCCG is the first place I’ve gone for prayers. But, they have also been praying for me in my church in Sabo, Yaba, Lagos. I came from Abeokuta to the camp today (Wednesday).

“The doctors are just saying their own. They said I had a partial stroke. It affected my left side and to some extent, my sight.

“My wife and children have been taking care of me. The sickness started a long time ago. But I had the partial stroke nine years ago.”

Reacting to reports that his smoking habits contributed to his sickness, Kasumu said people were just ‘talking rubbish’.

A son of the actor, Bode Odumosu, also spoke on his father’ health status. He reiterated that his father needs prayers, not financial aid.

“I am his second son and we (his children) have been taking care of him. We didn’t reach out to anyone. People only became alarmed about Pa Kasumu’s condition after a video of him at Foluke Daramola’s event went viral,” he said.

In 2017, it had been reported that Pa Kasumu’s health worsened after he got back from a medical trip to India.

Although he was required to return to India two months after the initial trip, the sudden loss of his passport had prevented him from doing so.

In recent times, sad reports of veteran actors suffering from life-threatening sickness have been the order of the day.