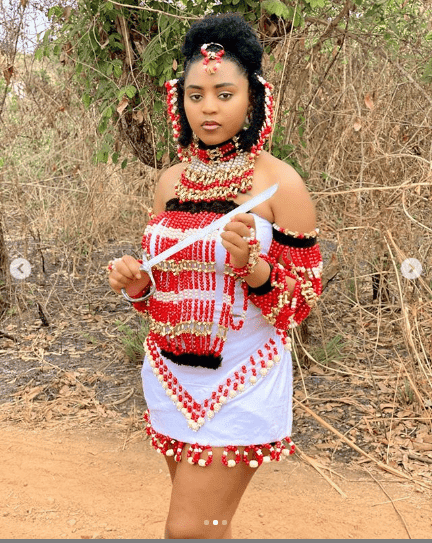 Heavily pregnant billionaire’s wife, Regina Daniels has raised eyebrows online after her personal police escort is caught on tape holding a standing fan for her at a movie location.

The beautiful ‘teenage’ actress who married her billionaire aged husband is seen standing in the video as the costumier of the set gets her ready for her scene. While her police escort, a police woman who appeared rather tired or ‘disgusted’ is seen holding her standing fan for her.

The video has been making the rounds online and social media users have been reacting to it.

See some reactions below..

READ
Paul Okoye cries out as he gets shocked by troll who received money from him to survive coronavirus lockdown
SOURCE: