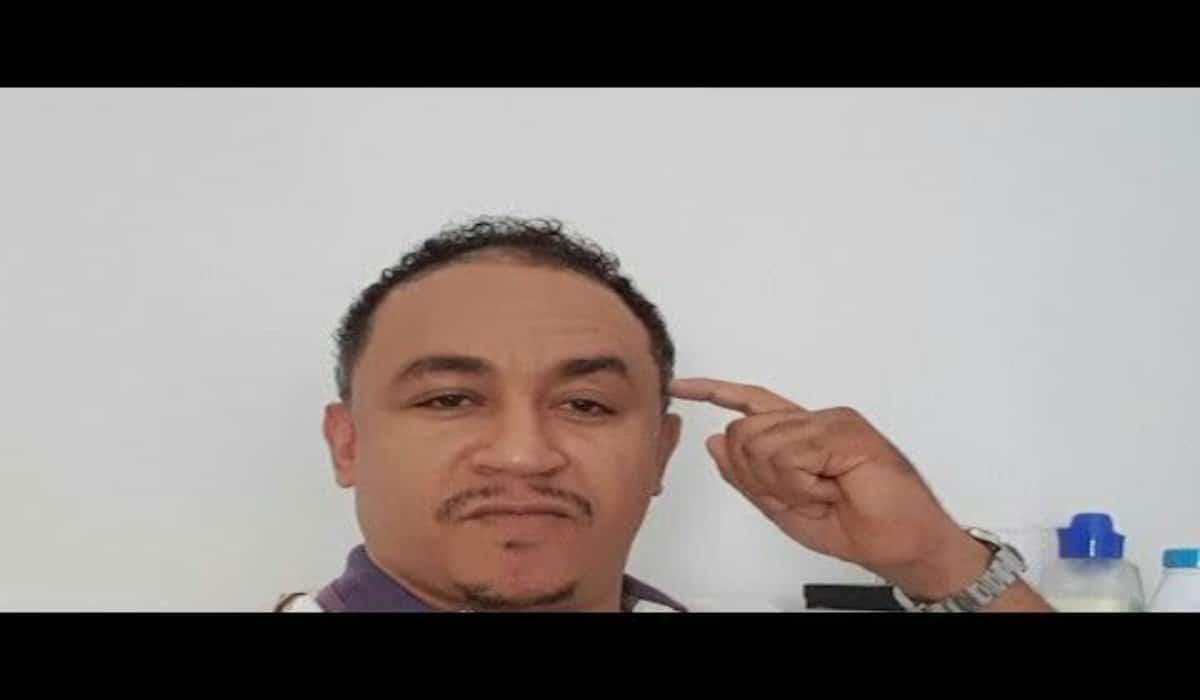 Controversial OAP, Daddy Freeze has explained in his post on Instagram why women should not be the only one to allow peace reign in a marriage. According to the media personality, peace reigning in a marriage is not the women’s job.

The 43 year old reacted to a post he came across that said “women will not have peace if they fail to give their husbands peace”. Daddy freeze explained that peace in marriage should be equilibrium as far as what he has experienced is concerned and he used his relationship with his wife as an example.

How I met Temi Otedola-Mr Eazi

“Ten years ago I’d have agreed with her wholeheartedly. Today, with the experience that I’ve gained, it’s a totally different ball game. ‘Giving peace’ is the job of both parties. I give @tastebudzng peace, she gives me peace in return; or she gives me peace and I return her peace and the peace is maintained. No woman can continue to give peace to a man who doesn’t reciprocate her gesture and no man can give peace to a feisty and troublesome woman. Peace has to be I. Equilibrium. This doesn’t mean you won’t have issues from time to time or you won’t have quarrels but being peaceful and peaceable should be the utmost priority of both husbands and wives”.

Okada ban: Daddy Freeze mocks Fr. Mbaka, other prophets for not predicting it

Do you agree with Daddy Freeze ?

Fella Makafui's mother-in-law has called her a liar after she collapsed during her wedding to rapper Medikal.

The actress collapsed thereby causing [anic at the wedding before she was rushed to a nearby hospital.

The collapse was said to have been a prank by the actress to test whether Medikal has a genuine love for her.

However, this has been debunked as false by Mrs Portia Lamptey who gave reasons why Fella Makafui collapsed on her wedding day.

According to Lamptey who spoke to 3FM, Fella Makafui collapsed because of hunger and suffocation, not because it was all a prank as she claimed.