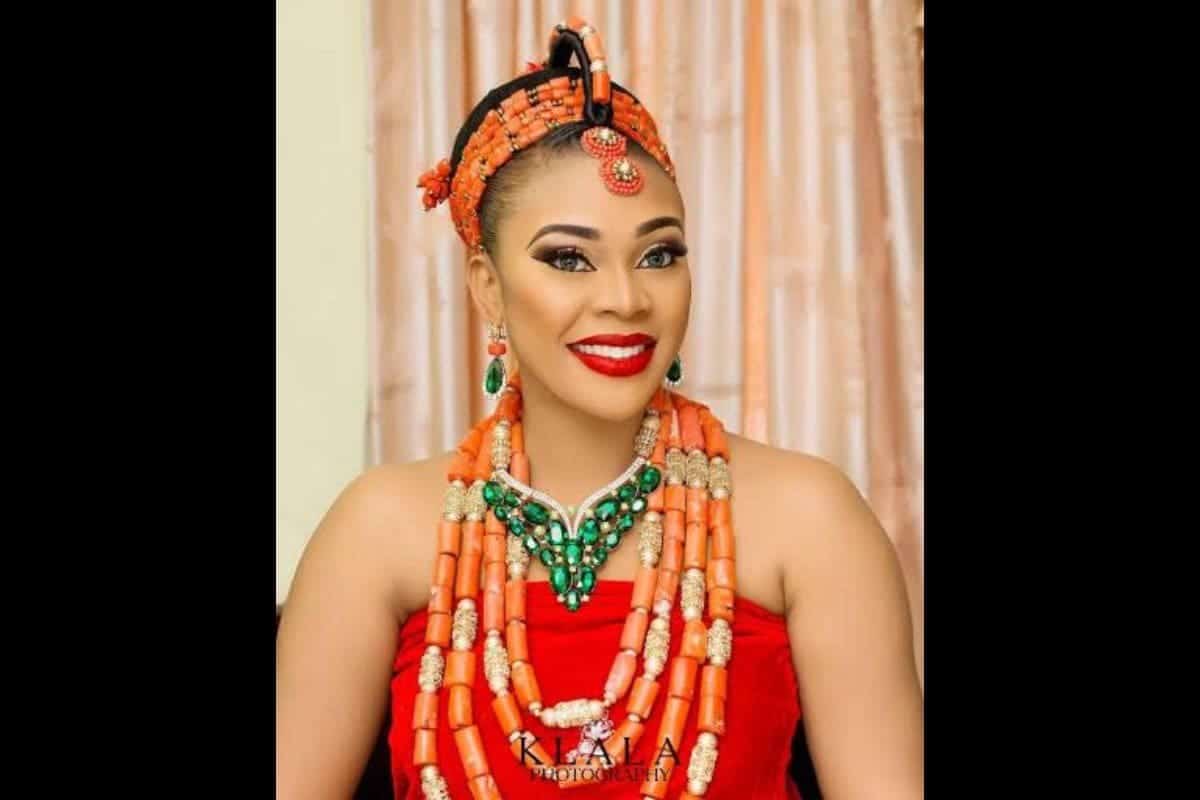 Ehi Ogbebor, the interior designer who was married to billionaire Ken Braimor whom she accused of being a ritualists, has found herself another man and this time it’s another woman’s husband.

Recall that she got married to Ken Braimor as the fourth wife. Now, the man she’s seeing, whom she trapped the same way she trapped Ken Braimor, is a married man who has allegedly been beating his wife because of her.

“Your favourite interior designer Ehi Ogbebor is at it again. The gist is that after jumping out of her less than a year marriage to Ken Bramor of which she was a fourth wife, she is on the prowl and currently has this married man named Kelly Osefuale in her claws. The news circulating is that he beats up his wife Fidelia because of Ehi and Ehi calls the wife on the phone threatening her and calling her barren because she has been trying to conceive and gone through 3 rounds of IVF so far with none successful. The hook up as usual came from patronising her business just like Ken was trapped after buying funiture from her store. It is whispered that Jazz follow the whole thing as many men has gone into her store and never came out the same after she has handled them. The wife in question has come out to debunk the domestic violence part but referred to the rest of the allegations as a trial phase of her marriage that she is ready to fight and overcome. Goodluck to all of them.
.
On a side note, do you know when Ehi posted about a client that bought an delivered that huge generator to her, can you guess which man she was referring to😉 heheheheheheh”.

CEO Iroko Tv, Jason Njoku narrates what his mother went through before confirming she has coronavirus

Why women should be allowed to have 2 husbands – Susan Peters

Nollywood actress, Susan Peters recently shared a cryptic image on her Instagram page, soliciting that women should be allowed to marry two husbands, well, in case something bad happens to one.

The Idoma, Benue State movie star added that she's only asking for a friend if 'life would be better...

Why women should be allowed to have 2 husbands – Susan Peters
King Wasiu Ayinde Marshal, KWAM 1 is celebrating his birthday today
To Top