The baby who was given birth to by her daughter was born 3 days to the day Yeni Kuti lost her maternal grandmother.

She shared pictures showing her daughter cuddling the new born baby while still at the hospital regaining her strength after a tough labour.

She was celebrated by Nymat, one of the co-host of her show ‘Your View‘.

Nymat wrote: “Our elders always pray to see their children’s children. @yeniakuti you are so blessed. I tap into your blessings. Aagbo, Aato, aadagba”.

'Beefing someone that is bigger than you' - Actress, Lilian Afegbai drags Seyi Shay amidst fight with Tiwa Savage

Yeni Kuti also shared a picture showing her walking her grandson when she paid them a visit abroad. 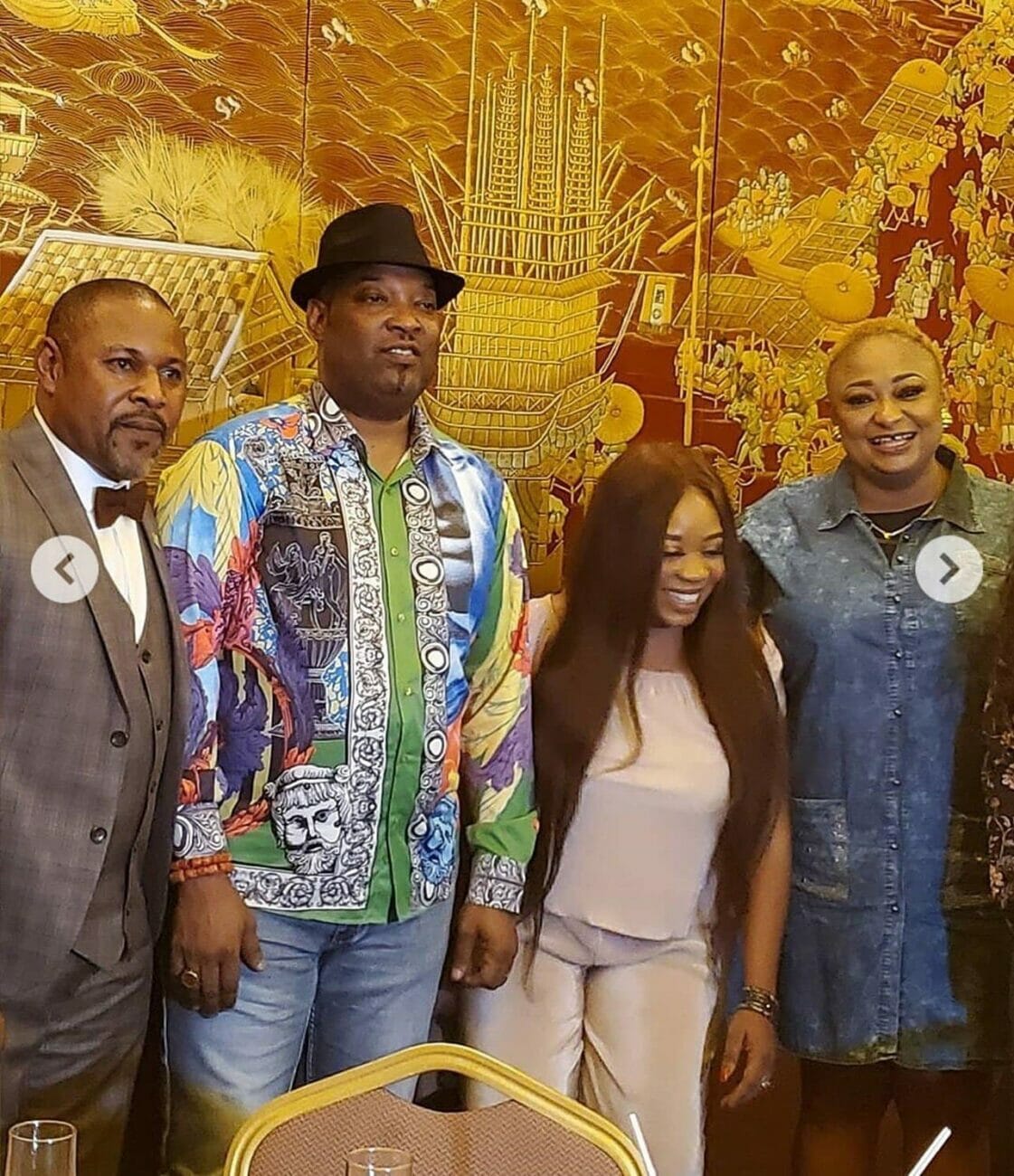 Some of the guests present at the gathering include Ronke Oshodi Oke, Afeeze Owo and the General Managing Director of Adron Homes whom he's an ambassador for, Adetola Olaonipekun.

In a post celebrating himself on his special day, Saidi Balogun wrote:

“Today humbles my knees and I reflect on God’s blessings as I also pray for yet another year to love and be loved. Happy birthday to me. I wish myself a lifetime of peace and...

The new method I use to steal millions – ATM thief

A 29-year-old primary school drop-out, Adetunji Adesina, has confessed to stealing from bank customers using the ATM machines. .
.
Adesina, who hails from Osogbo, Osunstate, made this revelation on Tuesday after being arrested by the police in Benin, Edo State.
.
.
He was arrested while in possession of 10 different ATM cards and cash amounting to N678,000 withdrawn from the account of one Mr. Ekhitomwen Aghama.
.
.
According to the suspect, he met Ekhitomwen at the ATM machine of one the new generation banks along Sapele Road, Benin.
.
.
“I pretended that I wanted to use the ATM machine, then deliberately dropped my phone on the ground. While Aghama was trying to help me, I punched the cardless button on the ATM machine.
.
.
He was, unaware that I pressed the cardless button, so he thought his card was stuck in the...

Shehu Sani who represented Kaduna Central at the National Assembly made this known in reaction to President Buhari saying 90% of Boko Haram attacks are on Muslims.

The president said, “it is the reality that some 90 percent of all Boko Haram’s victims have been Muslims. They include a copycat abduction of over 100 Muslim schoolgirls, along with their single Christian classmate, shootings inside mosques; and the murder of two prominent imams.

"It is a simple fact that these now-failing terrorists have targeted the vulnerable, the religious, the non-religious, the young, and the old without discrimination, ” the President stressed.

Agreeing with the President, Shehu Sani, however, pointed out the hatred Boko...