On Thursday, January 9, four students of Good Shepherd Major Seminary were kidnapped on when gunmen invaded the school located at Kaukau in the Chikun Local Government Area of Kaduna State.

After about three weeks in captivity, one of the four Catholic seminarians, identified as Michael Nnadi, was killed, while the others – Kanwai Pius, Stephen John Paul and Umeanuka Peter – were released in batches by their kidnappers.

The Registrar of the seminary, Rev. Father Joel Usman, recently confirmed the killing of Nnadi, saying he was found dead.

The late Nnadi, who would have turned 19 years old on February 19, was a twin.

According to more information released by Doctor Ngozi Nnanna Noel – Ogamba, the church had organized a one week prayer for the abducted seminarians, but unfortunately Nnadi was killed on the last day of the prayer and fasting session.

She wrote: ” Dear Michael…..I have read different accounts of your abduction and shocking killing. In all tears and prayers were all I could offer for the repose of your gentle soul. The church in its wisdom didnt rely on thier strength alone…..they paid ransom for the 4 of you that were kidnapped but your blood needed to flow to appease the blood thirsty life of your abductors. The Church declared a week prayer for you and the 3 others….unfortunately and coincidentally the day the prayer ended was the day you were murdered. Hmmmm the devil want us to question our faith in God….he want us to say God no longer answers prayer….but alas the devil failed….may be if not for the prayers it could have been the 4 of you they would have killed…..so in all things our faith of God remains. Yet again the debil failed… The day my sister died in plane crash….my mother that same afternoon was returning from the Monastery where she also went on a week long prayer for us….alas the devil struck…..it shocked her to her bone marrow but one thing the devil didn’t succeed in doing was making her question her faith in God nor asked God why….as a firm believer that she is she took it as the will of God….though she was deeply hurt cos my late sister was her favorite but that death alone strengthened her faith in God the more….it could have been all of us dying in one swoop and what could happened to her and my dad and so in all things as a people of faith though we grieved ws still thanked God….. Michael your both parents are dead living you and your  twin brother Rapheal and other of your siblings with your aged grandmother who struggled to bring you up. Your desire was to be a Priest and serve God in a special way but all that has been cut short…..may God consols your grandmother….your twin brother and all those who mourn your gruesome murder. Your death Michael is one death too many.We dont know when these deaths will stopWe live everyday in fear not knowing what next.They killed your body but could not tamper with your soul.May the one who called you home this early grant your soul eternal rest….May you please pray for your country Nigeria…😭😭😭 ” 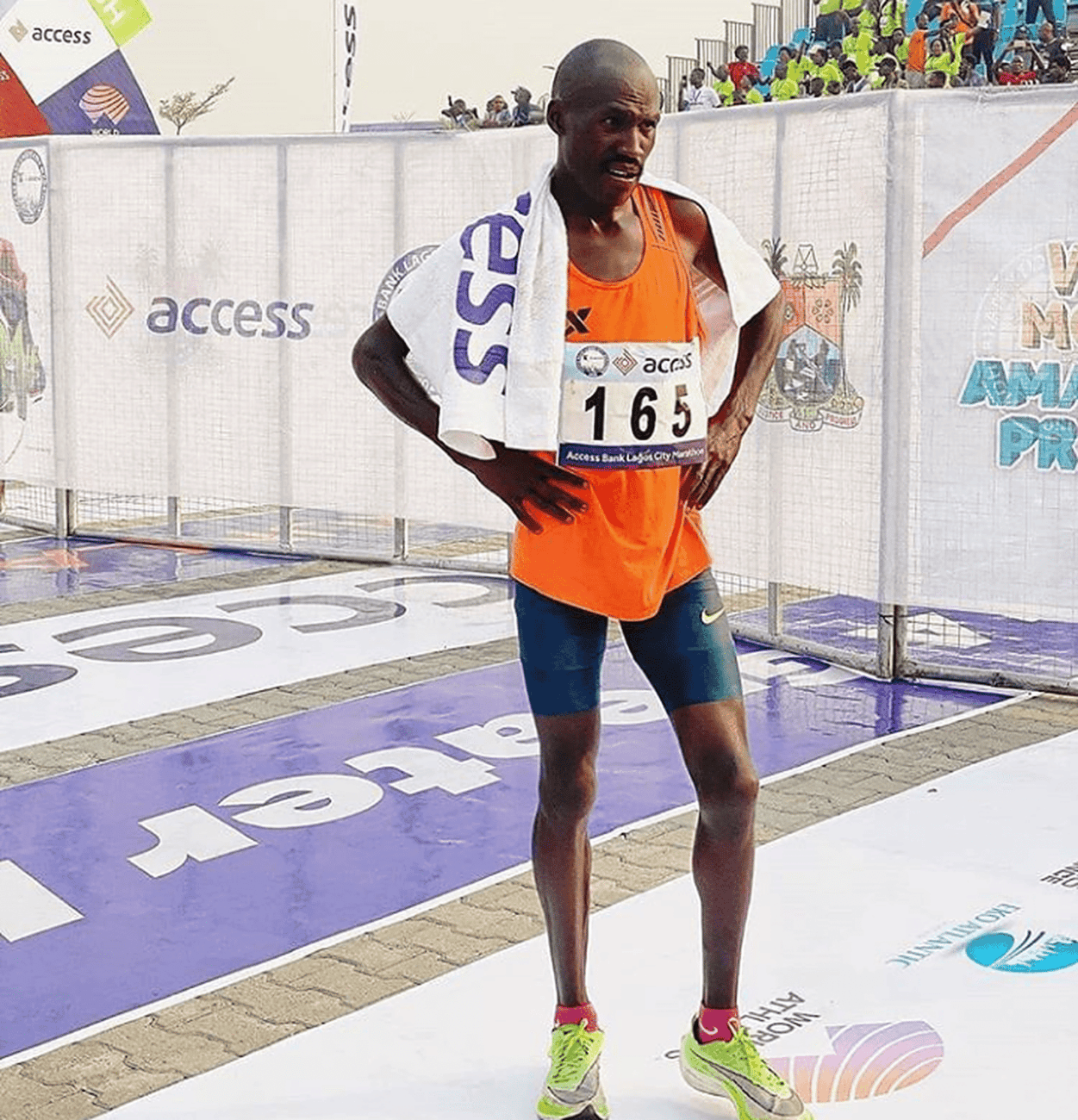 A winner has emerged at the just concluded 2020 edition of Lagos City Marathon.

The winner,  a Kenyan identified as David Barmasai beat other Nigerians to come first during the marathon.

Tears as soldier fighting over girlfriend, mistakenly kills father of two
See what this teacher did that got Borno Governor’s attention, promotion to assistant headmistress
To Top