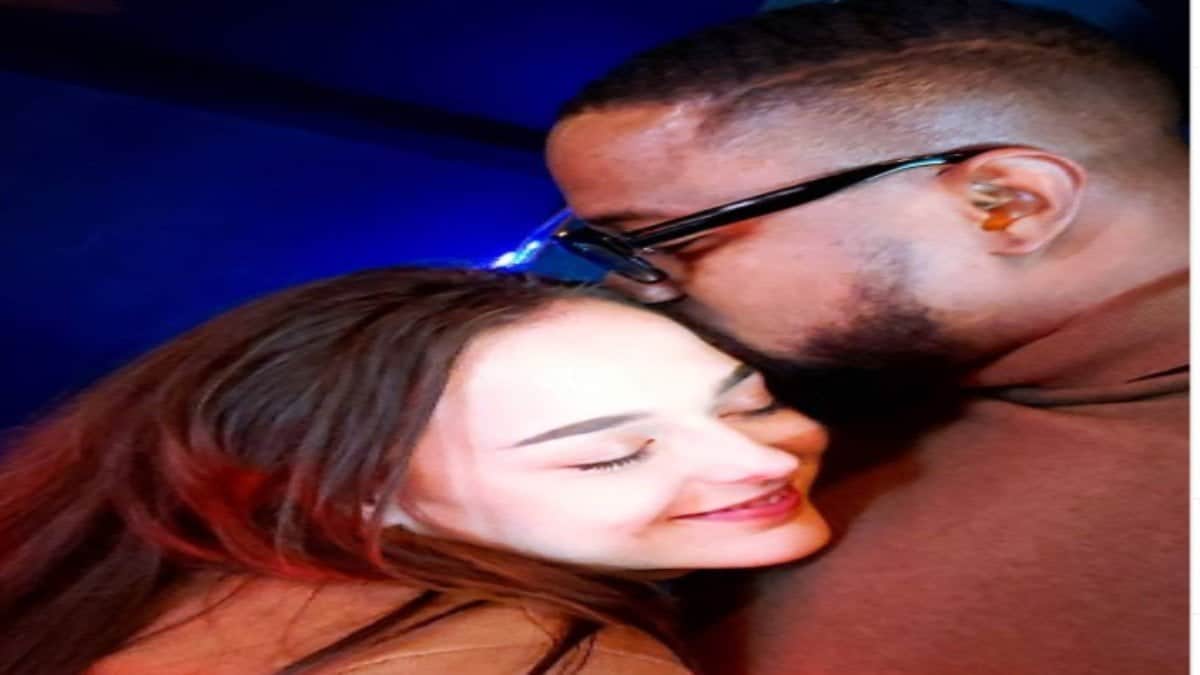 In the spirit of valentine, actor Mofe Duncan showed off his new lover on Friday.

” being divorced is NOT a terminal contagious disease, it also does NOT mean that you are monster or the person you divorced is a monster from HELL, Jess & I are still VERY GOOD FRIENDS with MUTUAL RESPECT FOR EACH OTHER AND OUR RESPECTIVE FAMILIES” Mofe Duncan had claimed back then.

Well, he unveiled his new lover on Instagram on Valentine’s day with the caption:

“I was afraid. I’ve been here before. It hurt. I tried to heal it. It hurt the more. Then I gave up. The world laughed. I cried. God listened. God willed it. The Universe provided. I accepted. You approved. I’m not afraid. Not anymore. ☆ J.A.G.❤🔒 ☆ HER. ☆ #HappyValentinesDay ☆ “

Interestingly, his ex-wife, Jessica, left a warm comment under his post, acknowledging how beautiful his new woman is.

Two serving members of the National Youth Service Corps in Kano State, who met each other during the one-year programme, Muhammad Musa and Hauwa Bagudu, recently made headlines after getting married in their khaki uniforms.

Kemi Filani News reports that, the young couple got married last Friday at the Juma’at Mosque, Nigerian Air Force Base in the state after dating for just 10 months.

In this interesting chat with Ted Odogwu, they revealed why they rushed into marriage and their love story, enjoy!

You’re from Nasarawa State, what tribe are you?

Muhammad: I am Afo from Nasarawa Local Government Area, Nasarawa. I studied History at Nasarawa State University, where I earned BA degree. My elder brother earlier married from the Yoruba community. I am...

Still on the assault on another monarch in Osun State, the Oluwo of Iwo, Oba Adewale Akanbi has issued a statement on why he assaulted the Agbowu of Ogbagbaa

The statement reads:
“Oluwo of Iwoland, Oba (Dr.) Abdulrosheed Adewale Akanbi, has make a clean breast of the allegation that he beat Agbowu of Ogbaagbaa, Oba Sikiru .

Oluwo stated he was truly invited by the authority of the police to make peace on his stance curtailing excess land selling by monarchs under his domain, a pronouncement that was not go down well with those affected as they regroup to act against the authority of Oluwo who gave them the crown.

At the peace meeting held at AIG office, Agbowu of Ogbaagbaa interrupted Oluwo while making his speech and...

Fear has gripped some Nigerians after the first case of the novel coronavirus was confirmed by Egypt’s minister of health, making it the first in Africa.

World Health Organization has been notified and the patient has been placed in isolation in a hospital for treatment and monitoring.

His nationality wasn’t given, but he is said to be a foreigner.
Shortly after the news, Nigerians took to social media to plead with the virus to spare the country and never find its way into it.

See some of the reactions below..