According to a report by The Nation, a woman, Mrs Comfort Giwa, said she got the beating of her life when her landlord, Mr Adisa Lukman, openly brutalised her for allegedly turning down his love advances.

The incident, according to Comfort, happened on February 9, 2020, while she was talking to a friend outside their residence at 3, Idiatu Kilani Street in the Fagba area of New Oko Oba, Agege, Lagos.

She said she was mercilessly beaten by the landlord during which she sustained varying degrees of injury on several parts of her body, including a wound on her arm.

She claimed that the man had made passes at her, which she rejected on several occasions, after which he threatened to deal with her.

‘’I started having issues with our landlord(Adisa), shortly after we moved into his house three years ago when he made several passes at me. He said he liked me and that he would like to date me but I rebuffed him knowing full well that I am a married woman living with my husband in his house.

‘’He was persistent in asking me out and at a point, I reported him to my husband. He then threatened that he would deal with me for spawning him. He has his own wife, yet, he had been disturbing, asking me to date him.

‘’Last night, I was seated beside one of my friends outside our residence when a woman living near our house told me that my landlord said my daughter was fond of harassing her own daughter. I told the woman that my daughter was innocent of the allegations and that God would expose whoever is behind the false allegations. Suddenly, my landlord rushed to where I was engaging the woman and attacked me for no just cause. He beat me to pulp. He held me down, while he called on one of his friends, who joined him to further brutalise me. The beating was so much that I sustained injuries on my body.

There’s a deep cut on one my arm, as I speak. I was rushed to a hospital and placed on admission, while my husband reported the incident to the police at Oko-Oba Division.

‘’However, nothing came out of the police intervention because our landlord sought the help of some community leaders, who used their ‘connection’ with the police to deny me justice.’’

Founder of Akure Church where boy was kidnapped, appears in court

Comfort’s husband, David Giwa, said he was planning to move out of the building before his landlord brutalised his wife for refusing his love advances.

‘’My wife had told me that our landlord was fond of peeping through the bathroom door to look at her naked body whenever she is having her bath. After he was cautioned, I figured out that his attitude was a signal to leave his house and I started saving money to get another accommodation in order to save my wife and children from the incessant harassment by my landlord.

‘’I was then shocked when my landlord and his associates descended on my wife and brutalised her, to the extent that she sustained injuries. She was placed on admission in a hospital for some days and she is still nursing wounds from the attack, as we speak.

‘’After I visited my wife in hospital, I made a report on the incident at Oko-Oba Police Division, but nothing came out of it because my landlord and some community leaders used their ‘connection’ to circumvent justice.’’

For rejecting him, Herdsman removes fiancée's head in Ekiti

Adisa, however, denied the woman’s allegation that he(landlord) asked her out. He also denied inflicting injuries on her. He said the police had investigated the matter and exonerated him of any wrongdoing.

The embattled landlord told The Nation on telephone that Comfort injured herself when she made a fruitless attempt to hit him with one of her hands.

‘’Police have investigated the matter and found out that it was not true. Comfort’s daughter and another girl whose mother lives in the neighborhood ganged up to harass my daughter on her way to school. I warned her and the other woman to reprimand their daughters and she suddenly held my dress and attacked me.

‘’ I did not beat her. The wounds on her hand were as a result of the attack she launched on me. She wanted to hit me with her hands but I dodged and she landed one of the hands on a plank used to erect a shop extension at the scene.’’

He added: ‘’ I gave his husband a quit notice months ago and he tore the notice in my presence; even the community leaders have reprimanded the couple to no avail.’ 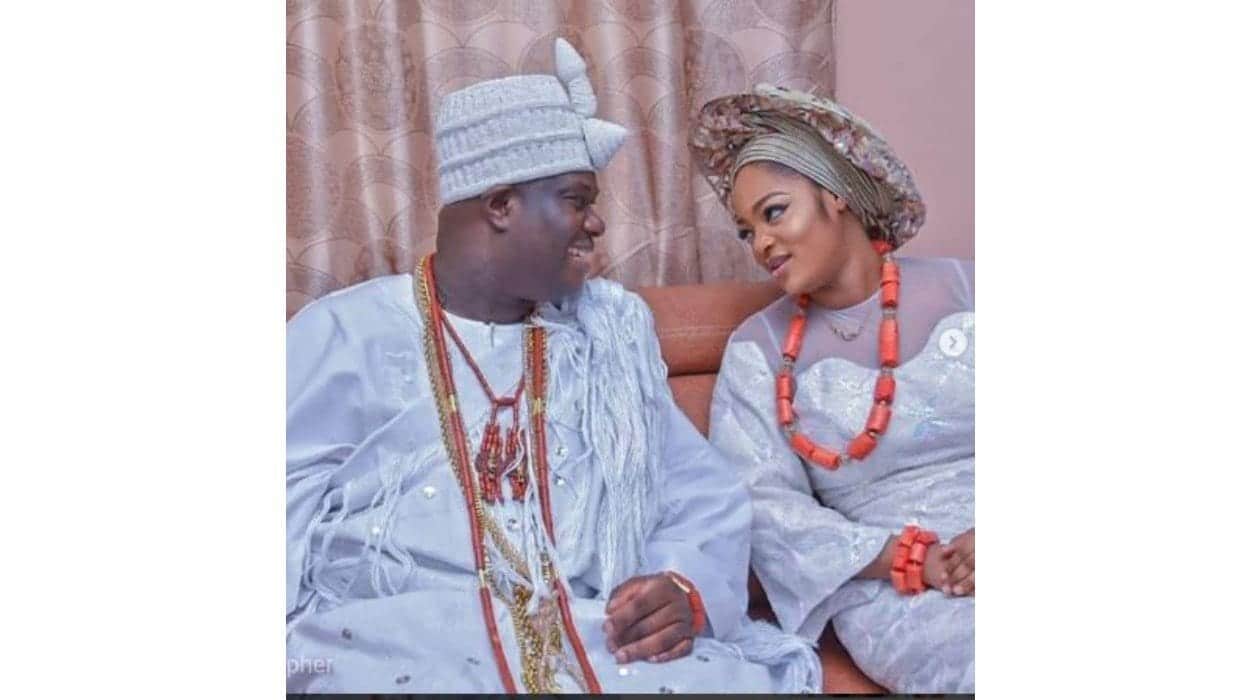 The Ooni of Ife, Oba Adeyeye Enitan Ogunwusi, recently honored Reverend mother Esther Ajayi with his presence at the dedication of her 'Love of Christ Generation Church', Igbaye, Osun State.

The Ooni of Ife went in company of his very beautiful wife, Prophetess Seyi Naomi and during the dedication, the couple couldn't stop beaming with smiles as they exchanged glances.

The Ooni got married to Olori Shilekunola, a...